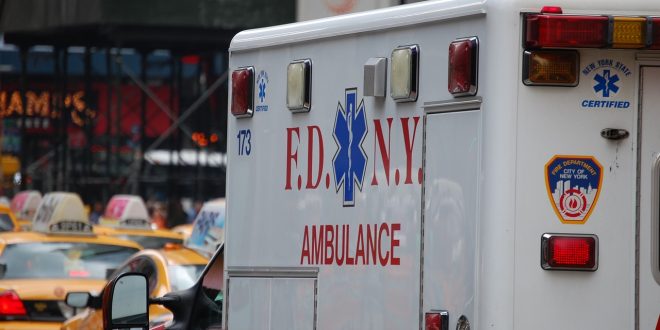 Healthcare in the United States has always been noted for its demanding fees and large bills for seemingly little or no service. The issue has gone unsolved for decades, and while the European socialist system tops the charts in efficiency, citizens of the US are left pondering: Why is a simple ambulance ride so expensive in the US?

According to the World Health Organization, the US spends much more per capita on healthcare than any other nation in the world, and this is especially true when considering the costs of a basic ambulance ride to the local hospital.

Because ambulance services are also privatized, they are often operating as “for-profit” rides. For a person who is covered under health insurance, the base cost of an ambulance ride is around $400 to $1200. Depending on the situation, the ambulance can choose to utilize basic or advanced life support, which adds additional balance to the bill. Medical supplies used can rack up thousands of dollars in fees. Simple oxygen masks and burn kits can be $50, while a blood testing kit or infusion pump or pulse oximeter can cost a hundred. If more specialized personnel are needed such as a critical care nurse or respiratory therapist, hundred of dollars more can be added. Sterile gloves, needles, IV supplies, catheters, and saline, if used, costs thousands.

An ambulance is one of the least efficient vehicles on the road, giving them more of a reason to run red lights. These trucks use diesel fuel, often costing 10 cents higher than regular fuel. The mileage cost will rack up over time, and cities require these ambulance companies to pay a fee every time they operate within their borders. These costs get transferred to the consumer, making final bills as large as $2700 for a 2 mile ride.

Healthcare, especially privatized emergency services, need reform, but currently, our nation’s bipartisan congress has not made any progress. Hopefully, in the near future, the system will be overhauled to be consumer friendly and not another reminder of the inefficiency of our country’s healthcare.

Previous Airplane Noise Reduction; Is It Possible?
Next The World’s Most Powerful Rocket Launches Successfully