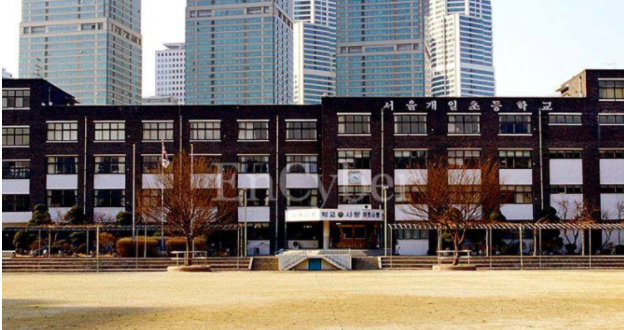 It was the second semester of her 7th grade year when Min Lee walked into her new school, stunned.

“I thought it looked like a college. Only colleges in Korea are outdoors.”

Public schools in South Korea are 5-story buildings, and this was one of the many changes Lee had to adjust to. When she moved, Lee created a new life, a new name, and a new set of worries. Now Lee would struggle with English and the new curriculum.

Current freshman Min Lee moved from Seoul in South Korea in 2016. According to the Migration Policy Institute, she was part of about 1 million Koreans immigrated to America that year. Like many Koreans, Lee had lived in the same place her entire life, prior to when she moved from Seoul.

With over nine million residents, Lee’s birth city is home to South Korea’s busiest streets. But that is part of the old city’s charm.

“I loved the sounds of cars passing, people talking, and the music coming out of the many shops along the street,” said Lee.

However, Lee wasn’t able to enjoy the streets often, because of Korea’s afterschool programs called “academies.”

“I hated those programs,” Lee said. “We would study for hours for our next test, only to return home at 10pm to the stacks of homework that they assigned.”

These academies reinforce the competitive environment in Korea. Students only take four tests throughout the year: a midterm and a final every semester. However, students prepare for months to rank well in these tests by completing mounds of homework.

“As a 6th grader, you would learn 10th grade math to try to stay ahead of the game,” said Lee. “It’s a stressful situation for everyone.”

The academies offer private tutoring at high costs, often over $1000. In South Korea, there is an expectation to have access to these schools, so teachers in public school tend to become inconsiderate.

At Lee’s high school in California, she has Counseling and Support Services for Youth (CASSY), a free onsite counseling group. Lee was astonished by the services.

“It’s a great place to talk about school,” said Lee. “In Korea, there isn’t really a counselor to talk to, and teachers don’t really listen to students.”

Even though the public education is taken lightly, their policies are strict. A dress code is enforced on every student, and students must wear a uniform and cannot wear make up.

“I’ve never loved the dress code because they make girls wear skirts and plus it costs over $300,” Lee said. “But I understand that the rule is made to make students concentrate on studying and the schools need the money.”

Students who do not abide by these rules receive a demerit, which affects the points system that goes onto their transcript. In addition, students must clean the school for two hours.

“It is actually an effective system,” said Lee. “Students do not want to have to waste their time or to have to tell their parents, so they avoid trouble at all costs.”

Despite the differences, Lee remains loyal to her new home in California.

“I would only want to go back to Seoul as a traveler, not to move. While it’s a good place, the education and environment is much better here.”

Previous Bitcoin: The New Currency of the 21st Century?
Next Community College: The Smart Way to Go