Home / Opinion / Why Not Inflation? An Undeniable Fact about Monetary Inflation 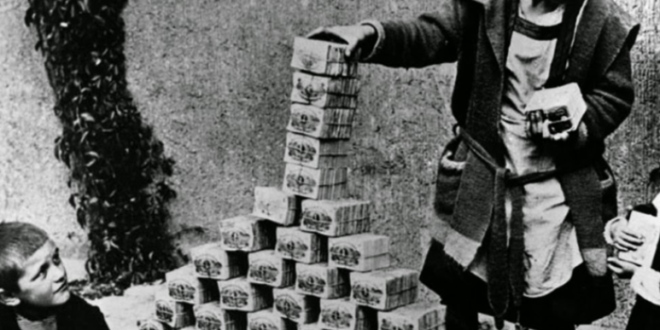 Monetary inflation was regarded by many as an effective method to boost consumption and contribute to economic growth. Nevertheless, by nature, the quantitative easing implemented by the state was backed merely by fiduciary media rather than real commodities. In the Austrian School theories of money and credit, the expansion of fiduciary media is tantamount to counterfeiting, which would inevitably bring negative impacts to civilians.

The first drawback of inflation is unstable; fluctuating prices of currencies, which we called ‘exchange rate’, prevailed as a result of monetary uncertainty. This had become a hindrance in international trade; in the worldwide market, the successful completion of the deal depends on the double coincidence of wants. As a medium of exchange, the money should be as stable as possible to be the indicator of value. Nevertheless, with turbulent prices, the value of money and the commodities in the account of a multitude of different currencies fluctuated. According to H.Hoppe (2019), this was defined as a partial barter, a dysfunction of the purpose of money as a medium of exchange. The information in international trades and transactions turned chaotic; due to the lasting fluctuations in prices, the rational economic calculations were severely hindered. Therefore, the unstable price under fiat currencies creates a grand pandemonium, eventually leading to the inefficiency of the production system in nations throughout the world.

The chaotic price system could further result in the deprivation of productivity and lower national output. In Hayek’s vision, the market economy is an information processing system where dispersed knowledge possessed by every individual cohered, the coordinated price containing information, therefore, arose as a result of decentralized competition processes. However, the factitious turbulences in price created by quantitative easing on fiduciary media would disrupt and undermine the function of the information system; investors would be bewildered when calculating the actual costs and revenues; this would result in information asymmetry under the chaotic information system, causing accumulating malinvestments and business failures, lead to the inexorable deprivation in national productivity, accompanied by lower GDP, high unemployment rate and economic recession. For instance, when Zimbabweans encountered soared inflation rate volatility, which skyrocketed to 785.55% in May 2020, the corresponding GDP per capita dropped by 38%.

Overall, monetary inflation, as a consequence of the expansion of fiduciary media conducted by monetary authorities, would not only be detrimental to civilians in the shrinking effect to civil wealth but also disrupt the fundamental function of the market system as an information processing mechanism, causing information asymmetries and long term increase in malinvestments and deterioration of productivity.

The Theory of Money and credit, Ludwig von Mises, translated from German to English by H. E. Bateson in The Foundation for Economic Education in 1971. http://web.mit.edu/merolish/Public/books/libertarian/tmc.pdf