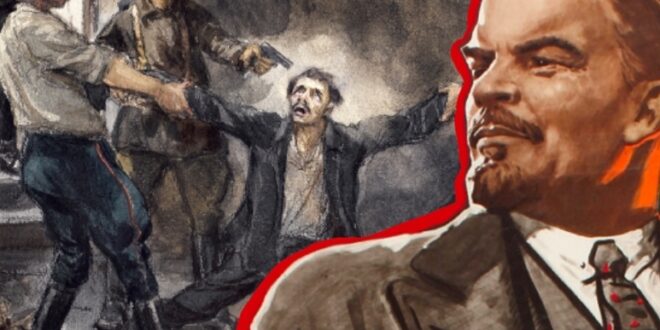 As the establisher of the first Communist State, Lenin had a profound influence on the political structure in the post-Revolution era. In the long term, Lenin snuffed out the hope of Russian democracy and regressed it back into an authoritarian police state, resulting in power struggles, long-lasting authoritarianism, and political terrorism in the USSR until its collapse in 1991.

Lenin laid the foundation for centralism and political terrorism in Russia. One of the core doctrines of his vanguardism was the unity-of-action surrounding Democratic Centralism. His firm belief that the vanguard party should be highly solitary with members acts in concert against predominating bourgeoisie orders. For the leadership representing the proletariat, he emphasized, ‘The will of a class is fulfilled by a dictator, by the recognition of dictatorial power of one man.’

With the abovementioned initiative to attain the ‘dictatorship of the Proletariat,’ he introduced the ban on intra-party ‘factions,’ tolerating no objection inside the party and centralized the dictatorial bureaucratic power under himself. On a practical level, he relentlessly promoted the elimination of dissidents, unprecedentedly introduced the ‘purge’ within the party, and conducted the first purge in autumn 1921. Among 700,000 memberships of the Bolsheviks party, 25% were expelled. In addition, to consolidate communist rule, he also reestablished a police state with the continuation of political terrorism. Lenin established Cheka in 1917 to suppress any anti-Soviet agitations. Millions of political opponents were denounced as ‘enemies of the people’ and were executed without any trial. By historian R.Rummel, the most prudent estimation of the casualty during the ‘Red Terror’ was nearly 500,000. As Lenin himself addressed: ‘We did not and shall not hesitate shooting thousands of people to save the country.’

Lenin also enhanced the police state by setting up re-education camps to incarcerate any threat to the Soviet regime, the Gulag System. The system rapidly expanded under Lenin’s promotion from 84 camps in 1921 to 315 camps in 1924 by Lenin’s death. Under Lenin’s domination, the concentration of authoritative power had reached a new zenith with constructing a totalitarian one-party state and eradicating dissidents.

To that extent, Lenin was politically significant in the long term for his bequeathment of authoritarianism and political terrorism trend in the USSR, laying the foundations for his successors to create an escalated One-Party Terror State.