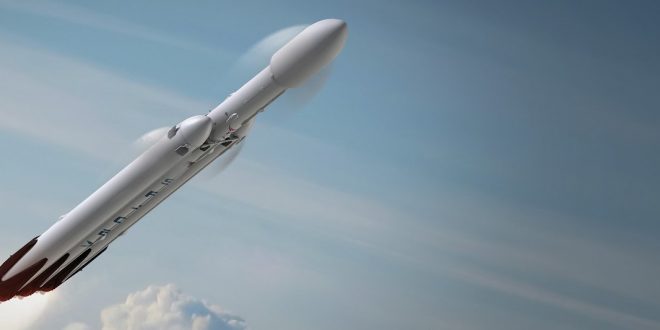 Elon Musk made history and heralded a new age of space exploration with his much anticipated launching of the most powerful rocket in the world: the Falcon Heavy. This super heavy-lift launch vehicle was unveiled in 2011 and originally scheduled to launch in 2013, but proved much more difficult to do than Musk thought. But at long last, a demo run was announced for the world to see. Outfitted with 27 engines, the Falcon Heavy launched successfully on February 6th, 2018 from Cape Canaveral, Florida and made its way to space with more than 5 million pounds of force and a payload of Musk’s very own Tesla Roadster. Soon after liftoff, the two outer rocket cores of the Falcon Heavy broke off and returned to Earth, successfully landing on the concrete landing pads built by SpaceX. However, the center core failed to land at its designated landing spot on a drone ship and was lost. After making its way through the Van Allen belts, zones of radiation stemming from high energy particles, Musk’s car and the upper stage—the top portion of the rocket that was carrying it—were boosted beyond their original destination within Mars’ orbit all the way to the asteroid belt.

The success of the first run of the Falcon Heavy opens up a lot of new opportunities for SpaceX and potential users; now being the most powerful operational rocket and having the potential to be partially reusable, the rocket could be a popular device to insert objects, such as satellites, into Earth’s orbit. As Musk has also had much interest in space exploration with projects such as bringing people to Mars, the Falcon Heavy could be the next big step in large-scale space exploration and usher in a new age of innovation.

Roger is a junior at Carlmont High School in Belmont, California. Roger serves as an officer of Help Everyone and Remember to Share (HEARTS) non-profit. Roger founded the first California Business Professionals Association (BPA) club at his high school and is active in other STEM related clubs. Outside of his busy school schedule, Roger practices karate, plays saxophone, reads, and volunteers for several worthy social causes in the US and China. Roger is extremely honored to serve as the News Column editor for the Rising Star Magazine.
Previous Ride to Insolvency Ride to Insolvency
Next Restoring the Bee’s Knees