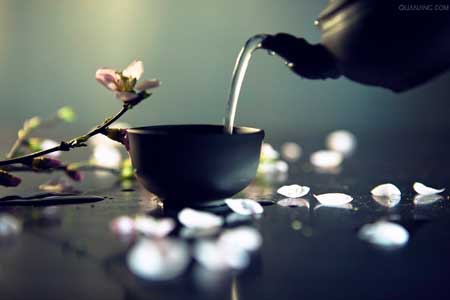 It’s a typical Monday morning. You wake up, and instinctively, the first thing that you do is make yourself a steamy cup of coffee. Whether you like it black or with extra cream and sugar, 83% of Americans drink coffee on a daily basis. Coffee seems like one of the staples of the American diet, and its place on the table has never moved. However, along with 2013 comes the rise of a new drink, already popular in China and England, tea. Bon Appetit and the Food Channel call tea “the new coffee,” and many new flavors and aromas are coming in the future.

The rise of tea began in early 2009, and has really made a huge comeback in the beverage market, especially in 2013. Tea’s return has not gone unnoticed but huge coffee chain stores such as Starbucks. Passion tea, green tea, black tea, and their newest edition, peach green tea have been all the rage lately. The delicious and aromatic flavors of tea are a refreshing break from coffee, and we have China to thank for this. Let’s take a look back into history.

Tea originated in China as a medicinal drink for the sick. It was first introduced to Portuguese priests and merchants in the early 16th century, and after that, tea became popular in England and India. Shortly after, tea spread to the rest of the world. Tea leaves are native to north Burma (now Myanmar) and southwest China, which is present day Sichuan and Yunnan. The first records of tea-drinking were in China during 10th century BC, the Shang Dynasty, solely for medicinal purposes. We all know that Chinese medicine has its quirks, but drinking tea has huge health benefits. Black and green tea can reduce chances of contracting cardiovascular disease and even certain types of cancer. Also, tea can accomplish something that even modern medicine can’t: it can kill and inactivate viruses. Tea was tested on animal tissues infected with a Herpes virus, and the viruses were inactivated within a couple minutes.

Aside from all the technical things, tea is one of the most important parts of Chinese culture. Not only was it a very important crop for trading, the beverage is considered one of the seven necessities of Chinese life, along with firewood, rice, oil, salt, soy sauce and vinegar. Tea was discovered accidentally, according to Chinese legend.

Chinese herbalist and emperor Shennong always had his water boiled before he drank it to make sure that it was clean.

One day, he went on a long journey with his soldiers and servants. 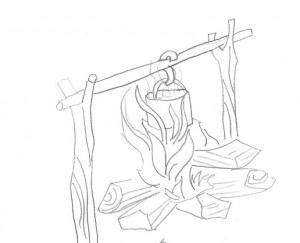 They stopped to rest, and as usual, his servants started boiling water for Shennong to drink. 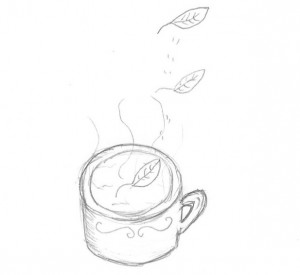 Then, a dried leaf from a wild tea bush floated down into Shennong’s cup of boiling water. The water turned a brown color, but Shennong, not noticing the leaf, drank it.

He saw the leaf after he finished drinking the cup of “water” and found the beverage to be very delicious and refreshing. Tea!
And that’s the story to how tea was discovered. That’s where one of the hottest food trends of 2013 originated. Pretty cool right?