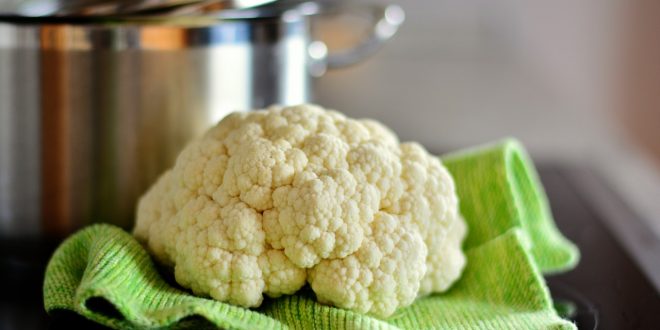 Cauliflowers are regarded as one of the better tasting and looking vegetables by many children, but this soft yellow counterpart to broccoli falls behind its hated brother in almost every way nutritionally. So what does the cauliflower have to offer and is it worth the trade off?

Cauliflower contains a sulfur compound called sulforaphane, a compound known to kill cancer cells and slow tumor growth in many instances. Research has found that combining cauliflower with curcumin, a chemical used in food coloring, cosmetic products, and health supplements, may help prevent and treat prostate cancer. Another study has shown sulforaphane may reduce the incidence and rate of chemically induced mammary tumors in animals. In an experiment with mice who were fed almost only cauliflower from birth, polyps, the starting stage of cancer, were entering a state of programmed cell death before developing into tumors.

Besides inducing anti-inflammatory effects that may reduce dangerous inflammation in arteries, flavonoids in cauliflowers may also reduce levels of adhesion molecules. These proteins not only stick and grab on to other cells or surfaces but also can cause plaque buildup in the arteries, increasing the risk of heart or any other cardiovascular diseases.

Cauliflower is a great source of dietary fiber for digestive health. Dietary fiber stimulates digestion and promotes the elimination of toxins from our body. Researchers have determined that the sulforaphane made from Glucoraphanin can help protect the lining of our stomach. They prevent bacterial overgrowth of Helicobacter pylori in the stomach as well as excessive cleaning and damage caused by this bacterium to the stomach wall, which potentially results in gastritis, the inflammation of stomach lining, and gastric ulcers.

Bruising or bleeding after an injury is normal. However some people have disorders that cause them to bruise or bleed too easily, or in severe cases never stop bleeding as in Hemophilia. Sometimes people bleed without any obvious triggering event or injury, a problem that may be caused by a Vitamin K deficiency. Vitamin K plays a major role in blood clotting, which helps stop constant bleeding. While cauliflower doesn’t have the highest amounts of Vitamin K compared to the leafy green vegetables, it is enough for a daily serving.

Eating cauliflower is comparable to entering an antioxidant and phytonutrient pool. It’s packed with kaempferol, vitamin C, rutin, beta-carotene, and much more. Antioxidants are nature’s way of providing your cells with adequate defense against attack by reactive oxygen species (ROS).

As long as we have these important micronutrients, our body will be able to resist aging caused by your everyday exposure to pollutants, chronic stress, and more. If we don’t have a sufficient supply of antioxidants to help guard against free radical atoms, we can be at risk of oxidative stress, which leads to accelerated tissue and organ damage. What better is a vegetable that deals with all these diseases while not tasting like a coarse, bitter tree?