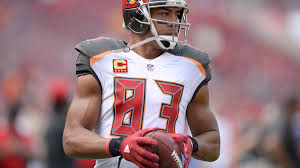 The body of the 38-year-old Jackson was found at approximately 11:30 a.m. ET on Monday at the Homewood Suites in Brandon, Florida. Police said there were no apparent signs of trauma, and the Hillsborough County Medical Examiner’s Office will determine the cause of death.

The Hillsborough County Sheriff’s Office said it has opened an investigation.

According to hotel staff, Jackson, who is a South Tampa resident, checked into the hotel on Jan. 11 and had been staying in a room since that date.

Jackson’s family reported him missing on Wednesday and a formal report was filed Thursday, but police located Jackson at the Homewood Suites on Friday. The missing persons case was canceled after Jackson’s well-being was confirmed.

“My heart aches for the many loved ones Vincent Jackson leaves behind, from his wife and children to the Buccaneers nation that adored him,” Sheriff Chad Chronister said in a statement

. “Mr. Jackson was a devoted man who put his family and community above everything else.

“He will be sorely missed by not only football fans across the country, but also the people here in Hillsborough County who reaped the benefits of his generous contributions.”

The son of military parents, Jackson founded the Jackson In Action 83 Foundation, a nonprofit to support military families. The foundation tweeted Monday that Jackson’s “wife and family ask that everyone respect their privacy at this time.”

Jackson last played in the NFL in 2016 with the Tampa Bay Buccaneers, the team with which he spent the final five seasons of his career. He is ranked fourth in franchise history with 4,326 receiving yards and 10th with 268 receptions.

Buccaneers owner and co-chairman Bryan Glazer said in a statement that Jackson was a “consummate professional” and even with his accomplishments on the field, “his greatest achievements as a Buccaneer were the four consecutive nominations he earned as our Walter Payton Man of the Year.”

It is so tragic to see a great player who influenced the game pass away. We will always remember him.

Many people, especially fans only witness one side of sports. Basketball fans see the incredible …