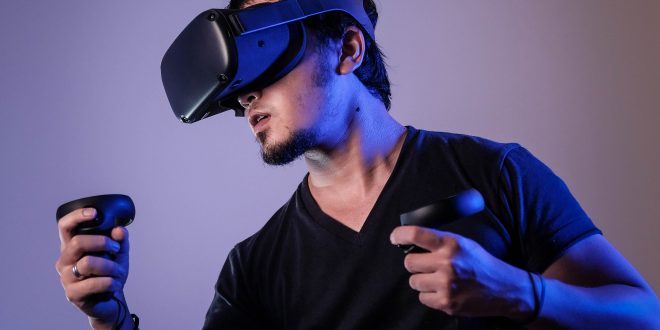 The COVID-19 Pandemic has made VR headsets, or virtual reality headsets, more prevalent in average households than ever. Many people, including myself, have looked into the VR market for something fun as soon as shelter-in-place hit. Today, we will be going over the types of VR in the consumer market and their potentials.

There are currently two mainstream types of VR available for buyers based on their situations. The first ones to appear in the VR consumer world are PC VRs. Like their name, PC VRs require users to have a personal computer in order to use them. It is important to note that PCs would basically serve as an external brain for VR. Without the PC, this type of VRs is virtually useless because they simply serve functions similar to that of computer monitors. Moreover, computers have to be powerful enough to handle VR applications. Usually, PCs capable of handling PC VR headsets cost at least $1000.

The other mainstream VR headsets are called standalone VRs. They could run applications without support from PCs because CPUs and GPUs are built-in. Standalone VRs are great because they are portable and do not have the constraints of cables. However, portability sacrifices performance and playability. Some heavy games, including Half-Life Alyx and Microsoft Simulator, are only available on PC VRs because of their heavy GPU demands. Standalone devices also lack screen resolution and refresh rates because of battery life and overheating issues. Nevertheless, they could handle normal games like Beat Saber and Pavlov Shack with no problem.

Many companies are making VR headsets in 2021, including Oculus, Sony, HP, and Valve. If you are on a tight budget, the Oculus Quest 2 makes a great VR, allowing you to play it both standalone and with a computer. The higher-end VRs, often PC VR only, include HP Reverb G2 and Valve Index. The immersive experience these VRs provide is incomparable to that of standalone VR. However, their staggering prices bring most consumers down.

In conclusion, as more and more people stay at home, VR will inevitably become an essential part of people’s everyday lives. Many activities done outside could be replaced with VR, such as gym workouts, sports, movies, and traveling. With more recognition from firms outside this field, we will soon be seeing high growth in applications developed for VRs

Previous Why Not Inflation? An Undeniable Fact about Monetary Inflation
Next Why Stretching Helps Improve Flexibility