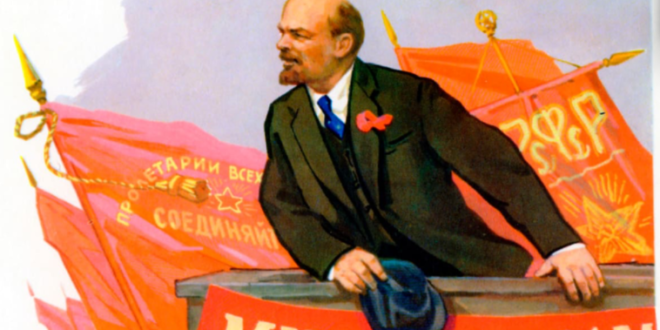 Lenin was a vitally significant figure for 20th Century Russia, the implementation of Lenin’s strategies led to nationwide catastrophe with immediate devastating impacts on the power structure and many peoples’ lives in the short term.

Ideologically, Lenin could be considered having his most seminal influence on the constructions of revolutionary theories in organizational matters; he was the first in griping and transforming the implication of Marxism theory into the plane of the organization, creating a crucial new compound, the vanguard party which unified actions under the ‘Dictatorship of the Proletariat.’

Lenin was politically significant since he, in the short term, provoked civil conflicts. One of the core doctrines of his vanguardism was the ‘Dictatorship of the Proletariat,’ the underlying nature of this emphasis denied the legitimacy of other political parties as he mentioned in What was to be done (1902) that ‘to belittle the socialist ideology in any way, to turn aside from it in the slightest degree means to strengthen bourgeois ideology’ where he stigmatized other parties as ‘ideological enslavement of workers by the bourgeoisie.’ The theory was further dogmatized into Bolsheviks policies in the April Theses in which he ordered ‘abandonment of co-operation with all other parties’ and ‘All Power to the Soviet,’ emphasizing excludability and supremacy of the Bolshevik Party that finally came into practice in the coercive dissolution of the Constituent Assembly.

The dissolution of the Constituent Assembly was a significant turning point that terminated the struggle for Russian Democracy from Decembrists to Provisional Government. As the leader of Mensheviks, Irakli Tsereteli warned in his speech that the dissolution ‘could only mean intensification of civil conflict.’ The violent disruption of democratic procedure resulted in widespread opposition among other parties and eventually, the outbreak of civil war.

Consequently, by the lack of legitimacy, Lenin made the white army counteracting the Bolsheviks not simply consist of reactionary royalists and conservatives but also coalesce with the revolutionary parties dislodged in the Constituent Assembly. For instance, the Mensheviks held control in Transcaucasia and established a republic, refusing to recognize Lenin’s regime. Moreover, the Socialist Revolutionary organized several military coups and uprisings in the core region of Russia, established the anti-Bolshevik Volga Republic, and conducted numerous political assassinations, including two attempts on Lenin.

Thus, politically, Lenin was significant in the short term since the excludability of vanguardism drove the Bolsheviks into laceration with other parties, eliciting the conflict of a mass civil war.

John R. Ehrenberg, Lenin and the Politics of Organization,  (1979)

Vladimir Lenin, What Is to Be Done? Burning Questions of Our Movement, (1902)