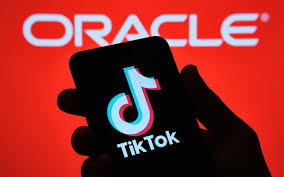 President Trump has given approval to a deal that will keep TikTok alive in U.S., in resolution to a month long confrontation between an app popularized amongst teens and White House officials viewing the service as a national security threat.

TikTok downloads were set to be banned in the U.S. starting at midnight Sunday, but a new deal has been brokered and the ban has been averted.

As part of the deal that will save TikTok’s U.S. business, U.S. tech company Oracle is partnering with Walmart to form a new entity called TikTok Global, which will be headquartered in the U.S.

The arrangement has satisfied White House officials’ concerns over the security of user data, though Chinese tech company ByteDance is still expected to own the majority of the entity.

With the ties to ByteDance remaining, many experts are skeptical that the deal will be meaningful and sufficiently address the concerns over national security that first prompted scrutiny of TikTok in the U.S. With ByteDance’s ties and interactions with the Chinese government, many are concerned that the Chinese government still has substantial influence over the company and can pressure its decision-making.

Under the new proposal, towards which President Trump has ‘given his blessing’, Oracle will safeguard all of TikTok’s U.S. user data and computer systems to ‘ensure U.S. national security requirements are fully satisfied”.

After the deal, Oracle’s cloud computing business is expected to receive a major boost, and it has been lagging behind competitors, such as Amazon, Microsoft, and Google in the cloud storage business. Oracle executives also have close ties to the President. Walmart is also expected to greatly benefit by gaining further access into a vast consumer base of mainly teenagers and younger adults.

However, though Trump has tentatively approved the deal, it still needs to be finalized by Oracle and Walmart, and is waiting for approval by CFIUS.

Previous NFL Roster Cut
Next the Discovery of Neutron in 1932