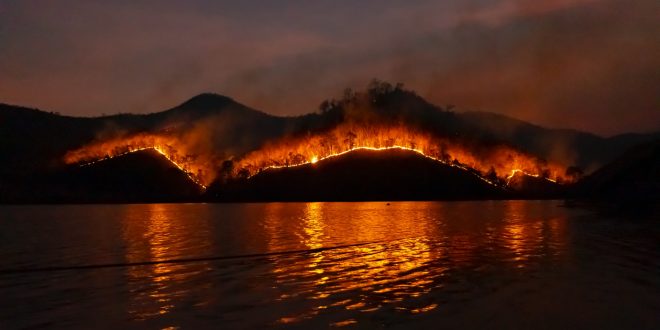 Copernicus, the atmospheric monitoring device, expressed concern over the wildfires. They say some “zombie fires” are slowly combusting throughout the winter underneath the snow, in peat. These “zombie fires” then come out to surface vegetation in spring.

The problem is that carbon is not only emitted from the burning of the surface vegetation, but also from the peat, which acts as carbon storage.

This wildfire index is very young, at 17 years old, so a full historic picture cannot be painted. However, scientists are concerned that this year’s wildfires broke last year’s record, which was extremely high compared to past years.

These wildfires, scientists say, can be the cause of lightning strikes, human activity, or “zombie fires.”

Mike Parrington, a senior scientist at Copernicus, expressed his surprise at this year’s data. He said that last year’s data was shocking, so it was even more surprising to see this year’s wildfires increase by so much still.

The rest of the world is also experiencing increases in wildfires. The Russian Far East Federal District and a large region of the US, for example, have suffered wildfires during a period of a heatwave. California has also experienced the second- and third-worst fires in state history.