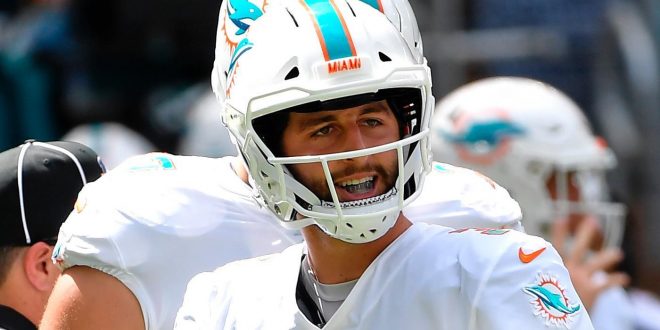 In a year where nothing about the preseason was normal, one thing did stay the same and that’s cut day. The NFL’s annual roster purge always occurs on the Saturday before the first week of the season and this year, and this season was no exception. Each of the NFL’s 32 teams had until 4 p.m. ET on Saturday to get their roster down to 53 players, which means nearly 1,000 players will have been released before the weekend is over. The good news for anyone losing a job is that practice squads are expanding to 16 players this year, which means as many as 512 of the guys who were cut could be scooped back up before the start of the season.

The Jaguars actually got the ball rolling pretty early this year with cuts when they surprising decided to release Leonard Fournette earlier this week (Fournette has actually already found a new team in the Tampa Bay Buccaneers). Washington followed the trend of dumping veteran running backs by cutting Adrian Peterson on Friday. The Cowboys also made a surprising cut this week when they released Ha Ha Clinton-Dix.

There have also been some notable cuts in the AFC East. In New England, the Patriots cut both of their kickers (they don’t currently have a kicker on their roster) while the Bills also decided to make a change at kicker (They cut veteran Stephen Hauschka, who lost his job to rookie Tyler Bass). In Miami, the Dolphins dumped former first round pick Josh Rosen, who they acquired in a trade just last year. Miami sent a second round pick to Arizona in exchange for the quarterback.

This year is taking many unexpected turns for the sports world. What will come next?