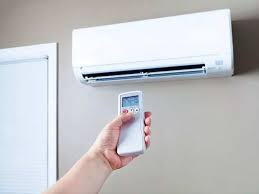 On February 4th, the  American Geophysical Union released a story stating that climate change will drive an increase in summer air conditioning use in the United States if states do not expand it’s capacity or efficiency, which is likely to cause prolonged blackouts during summer (Stated by Science daily).

The previous research has stated the impacts of high future temperatures, and now the new study is the first to project residential air conditional demand on a household basis at a wide scale. The heavy air conditional usage could potentially spark a great risk for overloading the power grid during heat waves and cause risks to one’s health.

Renee Obringer, an environmental engineer at Penn State University and lead author of the new study claims that they have already seen this in California, state power suppliers had to institute blackouts because they could not provide the needed electricity. The state attributed 599 deaths to the heat but the true toll may have been more than that.

The highest percentage increases can be expected in Midwestern states and global temperature rises from 1.5 degrees Celsius to 2.0 degrees. For example, if Arizona households increased air conditioning by 6% needed at 1.5 Celsius of global warming, it would be an additional 54.5 million kilowatt houses on the power grid monthly.

Although the efficiency of the air conditioner is needed to bring down the summer heat, to achieve comfort levels, this could potentially cause harmful risks. “We tried to isolate just the impact of climate change, if nothing changes, if we, as a society, refuse to adapt, if we don’t match the efficiency demands, what would that mean?” Says Renee Obringer. Susanne Benz, a geography and a climate scientist at Dalhousie University says it is pretty clear to all of them that we cannot keep doing what we are doing, or our environment system will break down within the next few decades because of the summertime air conditioning.