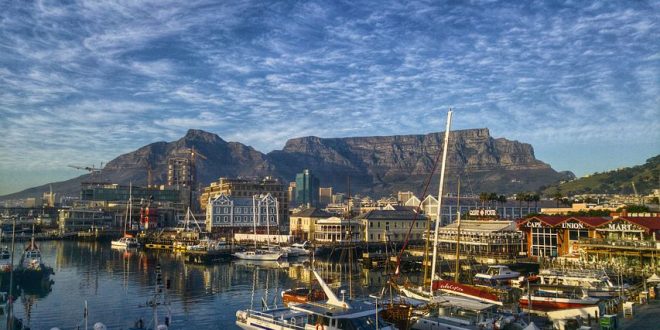 The Dry Spell of Cape Town

Day Zero has been postponed again and again as the popular tourist destination of Cape Town struggles in its fight against a 3 year long drought digging away at the immensely dry region’s reservoirs and dams. For South African residents, this means cutting water usage again and again, and recently, city officials limited residents’ daily water usage to 13 gallons a day, about the equivalent to a 5 minute shower and a few toilet flushes with high efficiency/ low flow systems.

Day Zero, the day the city runs out of usable water, has caused major disruption in the city’s industry and tourism sectors. The city has lost over 37,000 jobs in the agricultural sector due to restriction on water usage, sending an estimated 50,000 people below the poverty line as bare necessities like food and shelter rise with the price of water.

So what does this mean health-wise? The combination of such a large amount of people descending into poverty and the decrease in amount of water used for hygiene can lead to some serious health problems.

One surprisingly still common disease that can rise from these conditions is cholera, an infestation of the small intestine by drinking contaminated water. It can cause severe dehydration and diarrhea. With less and less “official” water to lay their hands on, citizens who cannot afford bottled water may look towards contaminated sources. Salmonella is an extremely similar disease that arises in the same way, but with manifests as severe abdominal pain and prefers to prey on children.

In homes and orphanages, children are one of the most vulnerable populations in Cape Town to suffer from health effects of water scarcity. The feeding, washing, and sterilization required to care for children is water intensive. Furthermore, if schools in the Western Cape have their taps turned off on Day Zero, 1.1 million children could be left stranded without water.

Fire risk increases as environment and infrastructure become increasingly dry. This is epically significant for large industrial sites and warehousing as fire on one site can spread more easily to other buildings with close proximity. Fire suppression system may also fail due to reduced water pressure in high-use areas, and such dangers can cause large safety hazards, like the Oakland warehouse fire that killed 3 dozen.

With water becoming increasingly had to come by and people all over the city descending into poverty, the potential health hazards in South Africa’s famous Cape Town, the fate of the city lies in uncertainty.