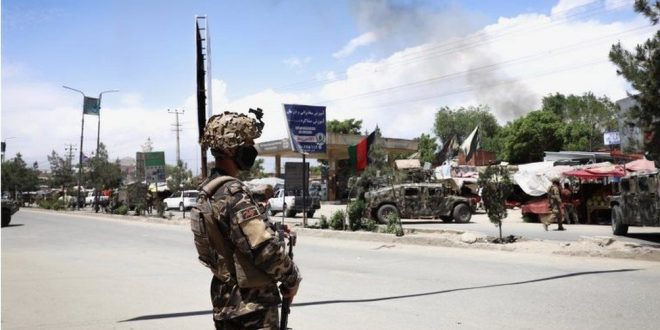 On March 25, 2020, militants stormed a Sikh gurdwara, or worshipping site in Kabul, Afghanistan, killing at least 25 people in a span of six hours. The terrorist attack occurs just as the war-ravaged country is beginning to suffer greatly from lack of sanitation and healthcare services during the COVID-19 pandemic, and on March 25, coronavirus cases within Afghan borders nearly doubled.

The attack began when armed militants entered a Sikh housing and temple complex where 200 worshippers were trapped inside. The militants started throwing grenades and after bursting into the complex started shooting indiscriminately. Ahmad Tariq Arian, Interior Ministry spokesman, said that 80 hostages were rescued.

Responsibility for the attack has been claimed by Islamic State loyalists, according to Site Intelligence Group, an organization that monitors websites of suspicious parties. The Islamic State has significantly shrunk in size during the past few years due to military operations carried out by Afghan-American coalition forces. This occurs as the coalition attempts to improve relations with the Taliban through a U.S. peace deal and an Afghan prisoner exchange program, though Taliban militants continue to carry out violent attacks in the country.

As coronavirus is increasingly larger of a threat in the country, the Taliban has been carrying out more and more violent attacks in the country, which have claimed over 100 lives in the past week. Airstrikes carried out by Afghan security forces against the Taliban have also killed at least a dozen civilians.

United Nations Secretary General António Guterres has called for a ceasefire in Afghanistan in order to tackle coronavirus, the larger, universal problem at hand. A ceasefire seems like the only option for the country to effectively contain the virus.