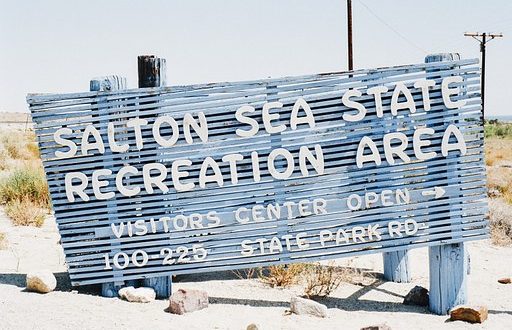 The drought of California, now entering its fifth year, has been slowly taking its toll on the economy. Over the length of the drought, California farmers have been hit the hardest, facing a 700% increase in water prices per acre. Now a new proposal may worsen living conditions and the health of not only farmers but also the residents and tourists of the area.

Water has always been a problem for California, and since the economy of our country’s most populous state heavily depends on agriculture, the drought has brought back long-evaded problems. In April 2015, Governor Jerry Brown enacted an executive order aiming to reduce the water usages of urban areas by 25%. However, this is still not enough to please the millions of residents in the SoCal area. Starting 2018, many water sources that has been providing the Salton Sea and Imperial Valley with the valuable substance will be diverted to the Los Angeles County Area to provide water for the over 10 million people living there.

Unfortunately, the Salton Sea, though vast, is extremely shallow, is expected to rapidly shrink in size, exposing the toxic lakebed. Winds in the Imperial Valley area will pick up the toxic dust, greatly affecting the health of possibly hundreds of thousands of residents.

What is more alarming is that we have experience in this situation, but we do nothing to prevent events like this from happening. The Flint Water crisis of Flint, Michigan, was a water contamination incident which involved the city distributing water with toxic levels of lead. According to The Sacramento Bee, the Flint Incident is “the perfect storm of public policy failure,” and expects the new water diversion to be just as catastrophic to residents.

The Tourism industry would likely fall apart, with its concert halls and golf courses clouded in toxic dust. Public Health services may be overwhelmed, and like Flint, Michigan, the underrepresented residents of the area will be the ones who pays the price. Would you feel unashamed to have hundreds of thousands suffer for your 20 minute showers?