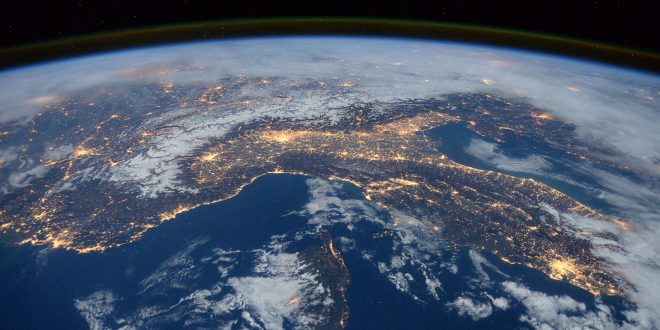 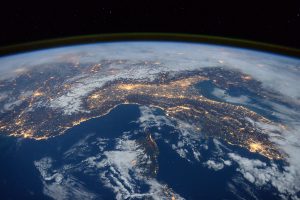 Throughout Earth’s history, there have been many ages, including epochs, eras, and periods. For almost 12,000 years now, we humans have been living in the Holocene epoch, an environmentally stable time with resources for us to spend. But that time has come to the end. The Anthropocene, the name for the informal epoch that we are in right now, is now being suggested to the Stratigraphy Commission of the Geological Society for them to add as a new epoch. To do so, they must review how us humans will change this earth, how we will leave traces behind on the earth for many ages to come, and how the species around humans will change in numbers.

For most of Earth’s history, its rocks and sediments have been mostly shaped by nature itself, though rain, wind, and heat. But more recently, as humans have been piling refuse into trash dumps and other places, our sediment is becoming more and more of what we have discarded. Aluminum is never found in its pure state in nature. But as humans throw away more and more of it, pure aluminum will become part of our Earth’s surface. Such an impact on how we have treated our planet’s surface can perhaps provide us a window into the future about the meteorology of our planet for the next few million years.

Rain has been following a typical cycle for most of the time on Earth: evaporation, condensation, then precipitation and runoff into reservoirs, where the cycle begins again. But humans have interfered with this cycle, producing pollution which has made our rain acidic; pulling out too much groundwater, and not allowing enough water to “recycle” back into its liquid form. Also, humans have also interfered with the Earth’s atmosphere, filling the air with carbon dioxides and other compounds. Such an example are chlorofluorocarbons, or CFCs. They are now banned (thank goodness), but when they were in use, they destroyed the planet’s ozone layer to such a degree that a “hole” appeared in our atmosphere, allowing harmful radiation directly into the Earth’s atmosphere. Such an effect will have consequences, which will be seen by humans and other species.

On Earth, there have been a variety of species, including bacteria, eukaryotes, and archaea. In fact, over 99% of all species that once lived on earth are now dead, due to natural causes like mass extinction. There have been five mass extinctions on earth, but now humans may be causing a sixth, as they destroy the habitats that are needed for life to thrive in. The rate of extinction that is occurring in modern times exceeds all other times, except mass extinctions. As epochs are separated by major events, this could be the  indication of the end of one epoch and the start of another.

Earth’s timeline has been categorized into many events, whether they be the turning points for eras, epochs, or periods. But as humans continue to control the earth and its cycles, many changes will happen, changes that will be recorded in the strata and atmosphere of the earth. Whether humans can change before they destroy this planet, what they have done before will always stay.

Cindy is senior at Henry M. Gunn High School and is incredibly honored to be a part of the Rising Star Magazine team. She enjoys belting out Disney songs, playing piano, watching Chinese dramas, and babysitting. Cindy serves as California DECA's VP of Silicon Valley and is also the singing teacher at FCSN and the President of HEARTS Nonprofit. She can be contacted at cindy@risingstarmagazine.com
Previous The Shrinking Salton Sea
Next A Spooky Time of Year