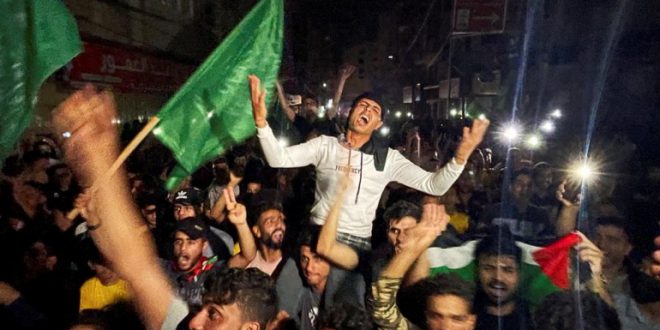 Palestinians celebrate in the streets following a ceasefire, in the southern Gaza Strip May 21, 2021. REUTERS/Ibraheem Abu Mustafa

On May 21st, 2021, a ceasefire brokered by Egypt and other countries came into effect at 2:00 local time on Friday in Israel and Gaza. The truce was hailed as a victory by Israel and Hamas, the Palestinian militant group that controls Gaza. Both sides have claimed military and political successes.

The US has said that it had been given a “strong assurance” of commitment to the ceasefire, a sign that the truce was holding up.

A top Hamas leader had said that the conflict had destroyed the concept of harmonious relations between Gaza and Israel. Meanwhile, Israeli Prime Minister Benjamin Netanyahu stated that his country “did bold and new things” in the conflict, and hailed the air campaign as an “exceptional success”.

The ceasefire has been strained by skirmishes between Palestinians and Israeli police outside the al-Aqsa Mosque compound in East Jerusalem. Medics have said that at least 20 Palestinians were wounded. Similar clashes were also occurring in many parts of the occupied West Bank.

Both Palestinian and Israeli civilians began trying to live their lives without the threat of attacks from the air.

Trucks full of medicine, food, and fuel have entered through a crossing into Gaza that has been temporarily opened by Israel. The UN agency for refugees from Palestine has said that the priority is to identify and help tens of thousands of people displaced after their homes were destroyed or fled Israeli bombardment.

In Israel, life is returning to normal as emergency restrictions on movement have been lifted. Educational institutions are preparing to reopen and airlines are resuming flights to and from Tel Aviv in the coming days.

Previous Who Should Win the NBA MVP award.
Next Honey: Don’t Bee Sick!