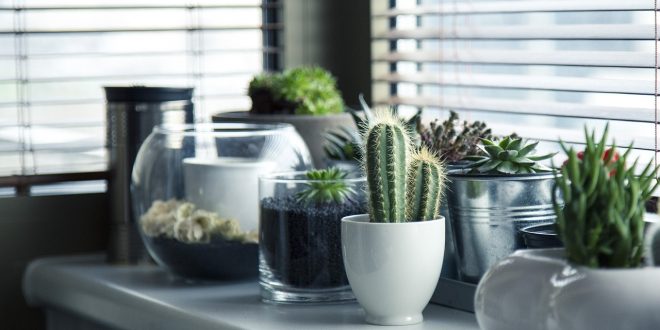 In the modern society, our home is now filled with wi-fi signals, electromagnetic waves and other silent but dangerous phenomena. Long term exposure to these signals have proven to be a cause of deadly diseases. However, there may be an overlooked solution to the exposure of these harmful signals. In fact, scientists have found that many green plants can absorb electromagnetic waves and toxic substances in the air. Instead of simply being used for decor, indoor plants may be good for the eyes and increased circulation of oxygen.

Some popular options include the Chlorophytum Comosum, or Spider plant. This perennial herb flowers regularly, and despite its relatively short lifespan of only several years, the plant takes minimal effort to grow, but has shown to be a great absorber of indoor air pollution and the formation of formaldehyde, or methanal. According to the study, Chlorophytum has the function of absorbing toxic gases, the air from the smoking and building materials. In 24 hours, it can eliminate 80% of harmful substances and 86% of formaldehyde in 1 cubic meter of air and . Carbon monoxide from electrical appliances and plastic products can also be absorbed and broken down into harmless substances.

Another beneficial indoor plant is the drought-resistant Agave Americana. Also known as the American Aloe and native to the Southwestern United States and Mexico, this plant is not only used for decoration but also for embroidery and weaving. In 10 square meters of space, a pot of agave can absorb 70% of benzene, 50% of formaldehyde, and 25% of trichlorethylene. Unfortunately, its juices are slightly noxious, so the individual who purchases this plant for home usage needs to pay attention and avoid being pricked.

The Aloe Vera plant, known for its many benefits, can also be a vital household decoration. It can absorb the smell of tainted air and has the ability to even absorb light amounts of radiation for a long time. If you want to get rid of any smell in your house as soon as possible, you can shine light onto the plant. The plant will be strengthened and release more oxygen than usual. In the 24 hours of lighting conditions, aloe vera can easily filter 1 cubic meter of air containing 90% formaldehyde.

In addition to all these choices, many other plants can both be a decoration and a filter for your air. Hopefully, people may see the benefits of owning these small but mighty plants and quickly fill their houses with them.

Previous Sending Civilians to Mars
Next A City Lost in Smog