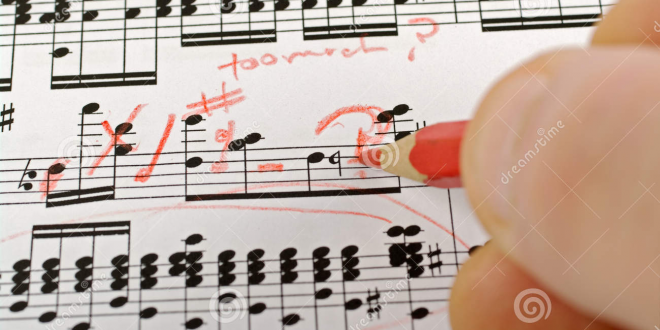 Last week, I met a friend who is taking a class with a teacher on how to compose music. I told him that he was so lucky, as learning composition would be much more efficient with the guidance of a teacher. I had to learn composition all by myself.

As a little kid, I started my first piano lesson at age four and soon became passionate about it. I continued to play piano for the following eight years. Three years ago, I decided to come to the United States to study. This was an important decision in my life. I was accepted into Waldorf School Of Peninsula, a place dedicated to the arts. However, I had to practice the same pieces all day long and started to get bored from rehearsing the same songs. I wanted to figure out how I could fuel my passion of playing original music. And thus, I started composing my own music.

When I first started composing, I didn’t have anyone to teach me. Admittedly, it would have been much easier for me to follow a teacher. However, I did not have that option. Therefore, I started to learn music composition solely from the Internet.

From the Internet, I was able to pursue my interest and choose my favorite ways to compose. I realized that there were many rules and conventions to compose music. Rather than following those rules, I followed my own instinct instead. I called the way I was composing as “freestyle”.  I wanted to create something irregular. In fact, by following my freestyle, I discovered that composing is a process of innovation and creativity. If I followed numerous rules, I would not have the creativity and I’d be producing the same type of songs. As a result, the music pieces would become very boring stuff. Not everyone likes the same kinds of songs because everyone is different and has their own feeling about the music. I learned my most important lesson: composing is my attitude about my own life and the songs I create can reflect my own experience and personal growth.

I have been learning how to compose music for many years and I’m able to compose both classical and popular music pieces. I should admit that composing is not a easy thing. Sometimes I get stuck and can’t go on anymore, sometimes I feel like a rhythm easily flows out my mind. Following my passion is the most important thing that came from my composition.