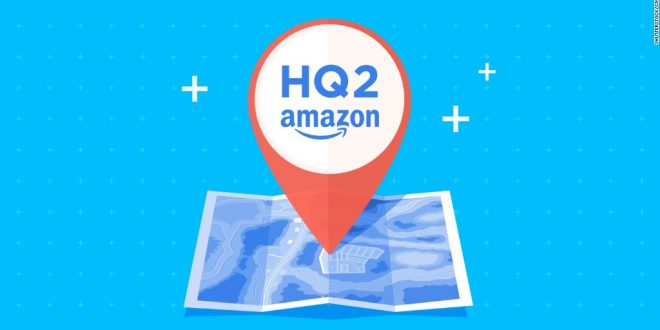 Amazon, the third most valuable company in the world, founded its first headquarters in Seattle in 1999. Now, it’s time for it to pick a second headquarter. Amazon has been looking for the optimal location for a couple of years. Evidence indicates that Amazon is most likely to pick Northern Virginia, more specifically, an area near Dulles International Airport for its second headquarters. Here is why:

The site around Dulles International Airport is called the “bullseye of America’s internet,” or Data Center Alley. According to Time Magazine, more than 70% of the world’s total daily internet traffic flows though there. Virginia Governor Ralph Northam said himself, “Virginia’s outstanding business climate and world-class workforce make our Commonwealth the right place for Amazon to place this key base of operations.”

Amazon has been quietly expanding its infrastructure around the chosen site. According to Time Magazine, Amazon just located a brand new headquarters for Amazon Web Services, its rapidly growing cloud service, less than three miles away from the site.

Roger is a junior at Carlmont High School in Belmont, California. Roger serves as an officer of Help Everyone and Remember to Share (HEARTS) non-profit. Roger founded the first California Business Professionals Association (BPA) club at his high school and is active in other STEM related clubs. Outside of his busy school schedule, Roger practices karate, plays saxophone, reads, and volunteers for several worthy social causes in the US and China. Roger is extremely honored to serve as the News Column editor for the Rising Star Magazine.
Previous Freestyle Music Composition
Next The Dark Side of Self-Driving