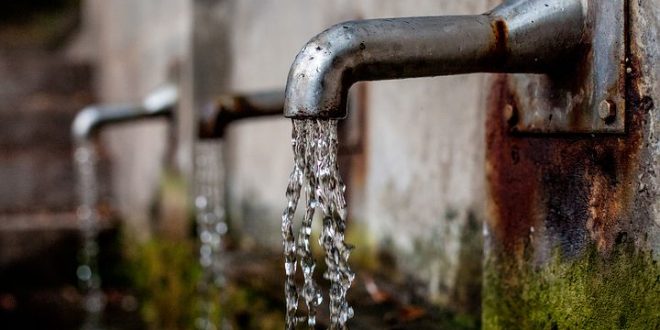 Almost 3 years have passed since the murky water first made its way into the population’s stomachs in Flint, Michigan. The population blames the state government and protests have never ceased. What has caused this disaster in the city’s water infrastructure?

In April of 2014, the city of Flint, Michigan, the home of 100,000 people, switched their water source from Detroit’s Water and Sewerage Department to the nearby Flint River. This river has never been tested for contaminants, and corrosion inhibitors, chemicals that prevent the corrosion of pipes, were never upgraded from the originals from the 1920s.

The result was catastrophic. Many citizens contracted lead poisoning and contamination which was caused by the aging pipes’ lead surface. Lead, a heavy metal neurotoxin, increased the blood-lead levels of many families by over 5% and indirectly caused the deaths of 10 people through Legionnaire’s disease. These neurotoxins cause severe damage to the nervous system, and can shut down the nerve cells’ ability to communicate with others.

After the incident, lawsuits against the Michigan Department of Environmental Quality and Environmental protection agency caused the resignation of 4 top officials, and the Governor of Michigan asked the Department of Homeland Security and the Emergency Management Agency for help in the desperate city. Later, $170 million were allocated to to help the citizens of Flint and replace the dilapidated water grid.

From this incident, many states and cities are upgrading their water infrastructure. Over the past 15 years, there has been many lead contamination incidents, including Washington, D.C.; Columbia, South Carolina; Durham and Greenville, North Carolina (2006); and Jackson, Mississippi. Lead water pipes were banned by Congress 30 years ago, but many cities still haven’t modernized their water infrastructure. Now that these problems have resurfaced, politicians are forced to step up to deal with them worldwide. Instances of such problems should start becoming rarer, ultimately resulting in better water safety throughout the United States.