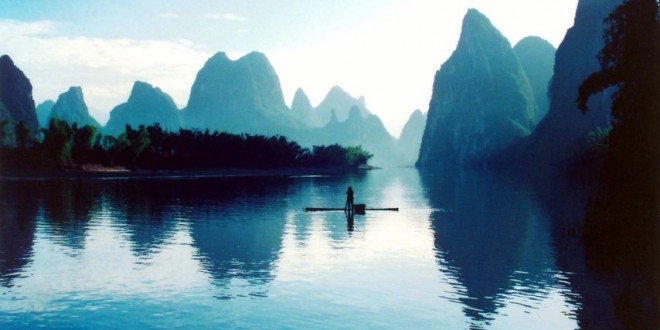 One of the Seven Wonders of the World, the Great Wall weaves dragon-like across 5,500 miles of China’s northern border. This iconic structure was built during the Qin Dynasty and is thought to be the only man-made project visible from outer space. Although some parts of it have disappeared within the past 2,000 years, there are locations like Badaling which still stand strong and draw millions of tourists each year. Different sections of the Great Wall vary in steepness and difficulty to climb.

The Forbidden City was the home to twenty-four emperors throughout the Ming and Qin Dynasties. It is just north of Tiananmen Square and is the largest palace complex in the world. There are two parts to the city: the northern section (Inner Court) where the emperor lived with his family, and the southern section (Outer Court) where he performed his tasks as a ruler. This city offers insight to ancient Chinese history and is one of China’s most famous tourist sites.

The Bund is arguably the most beautiful and intriguing sight to see in Shanghai. This waterfront appears to lie in the center of two completely contrasting cultures. On the side of the Bund, twenty-six European-style buildings of different time periods (Gothic, Romanesque, etc.) line the west bank of the HuangpuRiver. Right across on the opposite bank is modern day Shanghai in its full splendor – the oriental PearlTower, ShanghaiTower, and other skyscrapers which light up the city at night. One truly feels “caught in the center of two worlds” while standing at the Bund.

The mystic beauty of the jagged, rock-like mountains shrouded in clouds that adorn so many Chinese paintings comes to life in Guilin. Guilin is small in comparison to other tourist cities, but its magical landscape is a whole other world on its own. The oddly-shaped hills, known as karsts, are covered with vegetation and tower over thin slices of the serene Li River. Since the Northern Song Dynasty, this city has also been the political, economic, and cultural center of Guangzhou.

Situated by the South China Sea, Hong Kong is one of the most magnificent and industrially advanced cities in China. Its urban cityscape includes landmarks such as The Peak, which provides a grand view of the glittering skyscrapers and harbor in Hong Kong, and the Clock Tower, an architectural reminder of the city’s colonial history. Hong Kong is also a choice location for shopping, and its night life includes the lively Temple Street Night Market and Ladies’ Market where customers can try their hand at bargaining.