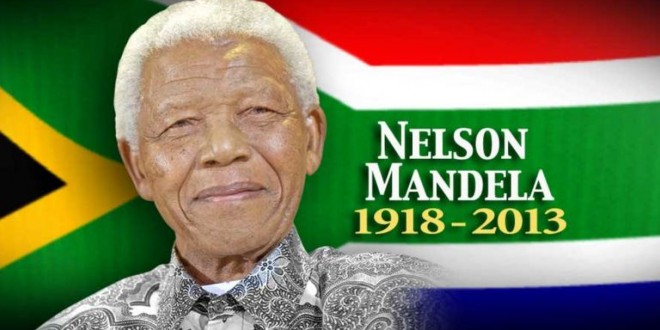 “Troublemaker” was what Nelson Mandela’s given name, Rolihlahla, meant in Xhosa. Coincidently, Mandela caused plenty of trouble for the apartheid National Party by leading the African National Congress and advocating against segregation. Mandela was prominent political leader and a man with many accomplishments. Not only was he the president of South Africa from 1994 to 1999, he was also one of the three leaders of the African National Congress, a Nobel Peace Prize winner of 1993, a successful politician, generous philanthropist to many associations, and an advocate for social and human rights organizations such as One Campaign and SOS Children’s Villages. Mandela protested for many rights by standing up against racism and resisted the apartheid system in South Africa.

Mandela attended University of Fort Hare in 1938, but was later expelled for leading a student protest. During the period of college studies, Mandela came into contact with modern principles of freedom, liberty, democracy, equality, political rights, etc. Mandela joined the ANC, or the African National Congress, an organization established to increase the rights of black South African population, and created the African National Congress Youth League (ANCYL) in 1944. In 1948, the National Party took the power and laid down the foundation of apartheid, a system of white control and stringent racial segregation. Nelson Mandela opposed the cruel oppression, and in 1952, the Defiance Campaign took effect. Labor strikes, nationwide protests, and demonstrations against apartheid were held.

On March 21, 1960, the police fired on a demonstration in Sharpeville, killing 69 people and injuring 150. After the massacre, many political parties including the ANC were banned, a State of Emergency was imposed, and Mandela was among the thousands detained. After the State of Emergency was lifted, the ANC went underground, plotting a campaign of direct military attacks on the government. Mandela and the ANC leaders formed a guerilla army called the Umkhonto we Sizwe, or the Spear of the Nation, and he became the first chief. In 1962, after 17-months underground, Mandela was arrested for leaving the country illegally and encouraging strike, and was sentenced to five years in prison. A year later, the government raided the ANC headquarters and found documents on the guerrilla warfare plans. Nelson Mandela was charged for sabotage and conspiracy to overthrow the government and was sentenced to life in prison along with seven others. On February 10, 1990, Mandela was released by the newly appointed president, F.W. de Klerk. Four years later, Mandela became the first president of South Africa that was elected democratically.

Even after stepping down from president after a term, Nelson Mandela was still involved in many humanitarian organizations. He established the Nelson Mandela foundation and Mandela Rhodes foundation, and was an advocate against the AIDS epidemic that claimed many lives in South Africa. In the past three years, Mandela also published two books. Unfortunately, Mandela passed away on December 5, 2013, aging ninety-five. Nelson Mandela was an outstanding leader who not only helped spread racial justice and protest against apartheid in South Africa, but also inspired many people to stand up for their beliefs. Despite his passing away, his broad legacy lives with us forever.