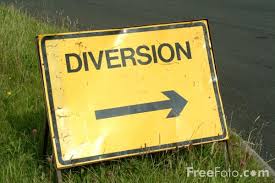 Everyone’s panicking (or sleeping excessively) during the coronavirus scare right now. And even if they’re not, it’s still one of the first things on their minds: after all, everything we do seems to be directly impacted by this sudden devastating pandemic. What if I told you we should be vigilant about US-Iranian tensions right now? You’d probably tell me, why does that matter, people are dying in the US right now, that’s a problem for another time.

Yet, these two issues are closely related. Indeed, Mehdi Hasan of the Intercept writes on March 30th that President Donald Trump and his secretary of state Mike Pompeo along with national security advisor Robert O’Brien have been urging the military to take an increasingly aggressive stance against Iran because leaders in Iran have likely been distracted by the coronavirus and thus have probably focused inward. On the other hand, Rebecca Kheel of The Hill writes on March 27th that Iran might escalate in the Middle East in order to distract their country from their inability at dealing with the virus.

This kind of foreign policy diversion is not limited to the coronavirus. For example, former Iranian leader Ayatollah Ruhollah Khomeini was extremely unpopular with the citizens in the 1980s just after he had come into power. But when Iraq attacked, national attention immediately shifted to the Iran-Iraq war and keeping outsiders at bay instead of tackling the domestic issues that had posed a huge issue for the government’s survival. Indeed, Khomeini had successfully used a seemingly larger conflict or event to distract from underlying problems he would rather not tackle. The strategy was successful, and his government was saved.

Diversionary tactics have materialized in American foreign policy as well. A few days after Bill Clinton’s Monica Lewinsky scandal, he launched airstrikes on suspected terrorist strikes in the Middle East, something many thought was an attempt to distract from his recent confession.

Ultimately, it is clear that those in power can easily wield the seemingly obvious “first priority” to either its citizens or its enemies to its advantage. That’s why when we’re tackling sudden short term conflicts like war or even the current pandemic, we need to be cognizant of who we’re giving cover to. If these diversions end up being successful, it is possible that we can forget about the crucial issues we were attempting to solve before the conflict, giving those at fault an easy way to avoid confrontation.