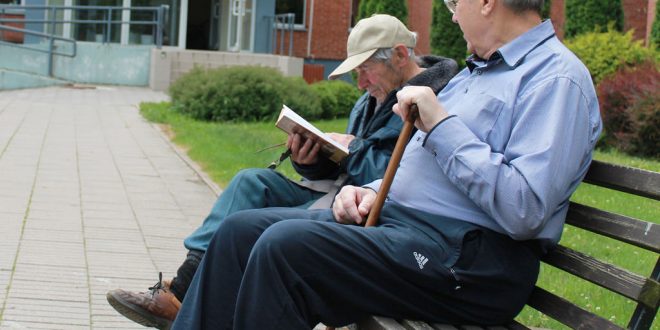 “Now every room is mine, and I can do as I please,” Ito said. “But it’s no good” (Onishi, 2017). A simple complaint from Chieko Ito, an 83 year old elder who lives alone in Tokiwadaira, nonetheless reflects the urging issue of seniors living alone in Japan. Despite working alone with local authorities and regional postmen to check on senior citizens regularly, there are still many elders who live and die alone in their own homes. This is due to a culture that tells its inhabitants not to interfere with the lives of others, even those living nearby, meaning that some of these seniors may go through their days without talking to anybody. The following examples show the dangers elders face while living in a home alone.
One recent news from Sankei West reflects the dangers of senior isolation, and calls for immediate action to further prevent danger from happening (2018). A son was visiting his elderly mother for a couple days, but started to pick up muffled sounds coming from the second floor of the house. Despite his mother denying that the upstairs was occupied, the son went upstairs to check. Unexpectedly, he found a stranger sleeping on a futon. Not wanting to startle his mother, he quietly called the police and reported the trespassing.

After being arrested, the stranger remained silent and gave no details as to why, when, and how he managed his way into the house. But once the police investigated, they concluded that the strange man might have first entered nearly six months ago. The police suspected that the strange man entered the house due to the cold weather over the winter, most likely because he needed to find shelter. This is because Japan lacks the proper institutions to foster the homeless, or find them temporary homes.

Living in a complete stranger’s house for six months, the homeless man took food from the fridge on a daily basis. But what is more shocking is how he remain undetected by the aging mother for so long, leaving obvious signs such as storing his shoes at the front steps. Most likely, the elderly mother was suffering from presbyopia, or hearing problems, which is very common among the elderly in Japan. Therefore, given the obvious vulnerability of the most venerable citizens in Japan, further action is desperately need to ensure their safety and well-being.