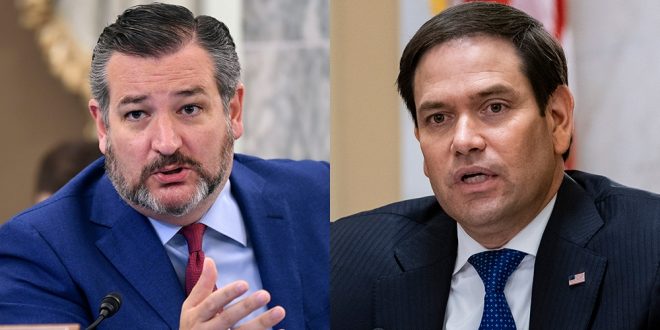 On July 13th, 2020, China announced the imposing of sanctions on prominent members of the Republican party, including Ted Cruz, senator from Texas, and Marco Rubio, senator from Florida.

The imposing of sanctions on American politicians were most likely in retaliation against American sanctioning of specific Chinese Communist Party officials. Both Cruz and Rubio are outspoken critics of the Chinese Communist Party and have criticized the Beijing regime for the alleged detainment and inhumane treatment of more than a million Uighurs in the northwestern Chinese province of Xinjiang, though China has long denied accusations. In 2016, both Cruz and Rubio ran for the presidency as candidates for the Republican party. China also imposed sanctions on Republican congressman Chris Smith, Ambassador-at-Large for International Religious Freedom Sam Brownback; and a government agency, the US Congressional-Executive Commission on China, though the nature of the sanctions is still unclear.

China’s foreign ministry said the actions were in response to America’s “wrong actions”.

“We urge the US to immediately withdraw its wrong decision, and stop any words and actions that interfere in China’s internal affairs and harm China’s interests,” a spokeswoman for the Chinese foreign ministry Hua Chunying said in a statement.

Last week, the United States imposed sanctions on numerous top-level CCP members that are allegedly responsible for the human rights violations committed against the Uighur Muslims in Xinjiang. Secretary of State Mike Pompeo said that the United States was taking action against “horrific and systematic abuses” in the province of Xinjiang.

Relations between the United States and China have already been strained over a number of recent issues, including trade, the coronavirus pandemic, and the Hong Kong national security law. This new issue of politician sanctioning is on the course to worsen US-China relations even further.

Previous Cam Newton Trades to Patriots
Next The DACA Debate