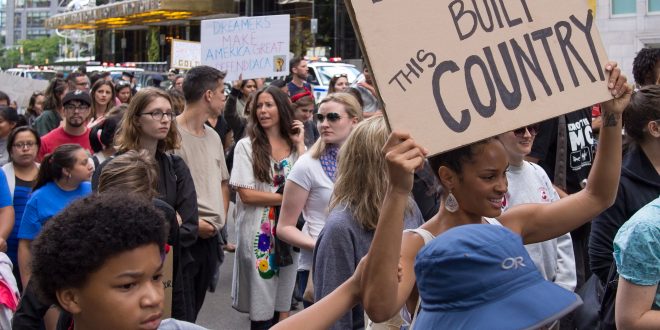 DACA recipients, also known as Dreamers, make up over 200,000 essential employees and more than 40,000 of those are health care workers, who are now needed more than ever before. The story of one of these workers may change your mind on Trump’s attempt to repeal DACA. Dr. Manuel Bernal was brought to the United States at only two years old. He passed high school with flying colors in Memphis, Tennessee, and led several honor societies within his school at the time. Pursuing his dream of becoming a doctor, he majored in biology and minored in chemistry to graduate with the highest distinction at the University of Tennessee at Chattanooga. He went on to work as a medical scribe for emergency physicians at a small community hospital in that same city. Following his experience in the ER, he was inspired to become an emergency room doctor and knew that the need for them would never stop growing. He decided to enroll in Loyola University Chicago Stritch School of Medicine, one of only dozens of DACA recipients at Stritch. Stritch was well-known for becoming the first medical school to admit DACA students and for good reason as well. Now, Manuel works as an emergency room resident at Advocate Christ Medical Center in Chicago, which has become one of the most active trauma hospitals in Chicago.

His location has only gotten busier due to the Covid-19 health pandemic. If Manuel had not been allowed to study as a DACA student, innumerable Illinoisans would never have made it back home from their hospital beds. However, blind to the stories of these dreamers, President Trump has relentlessly fought to repeal DACA for three full years and has managed to bring the battle to the Supreme Court. Fortunately for Manuel and the hundreds of thousands of dreamers like him in the United States, the Supreme Court ruled against Trump and chose to prevent him from repealing the policy. While this is a big leap for dreamers across the country, their futures are still as uncertain as ever since Trump has made it his personal goal to terminate the program.