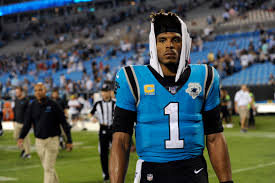 In March, Carolina Panthers quarterback Cam Newton was said to have demanded a trade from his team. Now, on June 28th, he was officially going to take the place of Tom Brady as Patriots quarterback. We will be looking at why he traded, and how he will fit into his new roster.

In the middle of March, amid the coronavirus pandemic, the Carolina Panthers tweeted that Cam Newton had demanded a trade from the Panthers. Minutes later, he replied with this: “Stop with the wordplay. I never asked for it—–Please do not try and play me, or manipulate the narrative and act like I wanted this; you forced me into this!!”

Tepper in January hired Matt Rhule to replace Rivera as Panthers coach, and in doing so, the team owner took a significant leap of faith. Tepper gave Rhule, who had no NFL head-coaching experience, a seven-year contract worth up to $70 million. Many are speculating that the Panthers, like the Browns just two years ago, are starting a complete overhaul of the team, trying to make it a Super Bowl competitor once again.

Cam Newton, who had spent his entire life and career in the south, would be taking a new step in his life living in Boston. With Cam Newton coming to the Patriots, many are wondering what he will do for the offense. Tom Brady was with the Patriots for 20 years and the team had continuously morphed around him. Cam Newton could not be more different than Tom Brady. In his career, Cam Newton had over 50 touchdowns himself over 7 years while Tom Brady has only made 22 over 20 years. Will Cam’s running adds to the Patriots already deadly offense, or will it break chemistry among the teammates. Many say that this will ultimately benefit the team. Mohamed Sanu and N’keal Harry, Patriots receivers will be in a much better situation if they are being covered and the quarterback has to run. All other teams’ defenses will also have to focus on another deadly force.

Cam Newton’s arrival was both a surprise, but also something that could lead the Patriots to another Super Bowl victory.

Previous Should You Get a Pet?
Next China Imposes Sanctions On American Politicians

Many people, especially fans only witness one side of sports. Basketball fans see the incredible …