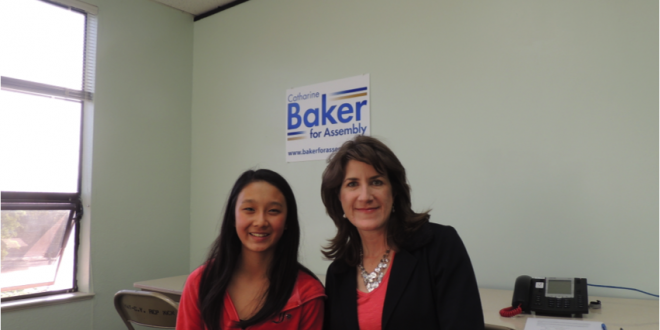 Catharine Baker is a new candidate for California State Assembly. She’s a hard-working parent who’s dedicated to our local schools by fighting for educational reform, and she’s a volunteer leader in our community who is actively involved in helping our schools, our community, and the Cub Scouts and Girl Scouts. She has a great deal of experience helping local non-profits and small businesses succeed, and she has a breadth of public policy experience. Catharine Baker is a dedicated leader who puts our community and children first, and she deserves to go to Sacramento to speak for causes that will benefit our educational system as well as our economy and community. For more information about Catharine Baker, visit her website: www.bakerforassembly.com

Q: What’s your motivation for running for State Assembly?
A: My top motivation is my daughter and son. As a parent raising children in the state, I want to ensure that they have a great educational system available to them and a terrific economy that is healthy so there are job opportunities for them. I want to have a state that has its financial management under control so we’re not leaving a lot of debt for them. Also, particularly in the last few years, I’ve just been concerned that we’re not doing what we should be doing for the next generation and ourselves. Those are the primary reasons why I’ve decided to run for assembly; it’s what I need to do to get the changes made that I think we need to make. 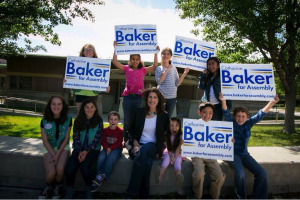 Q: What do you enjoy most about volunteering?
A: I like to see something improve, especially when I’ve identified the problem that needs improvement. I’ll give you two examples: I served on the board of a local preschool for my church, and when I came to work on the preschool board, they had many problems. It was about two weeks before the school year was going to begin and they were short two teachers, they didn’t have enough parents to break even financially, and they weren’t even sure their director was going to be coming back full time. So we really doubled down and worked hard to improve the hiring process for teachers and tried to make sure that we had a good curriculum for the children so that the parents would feel that this was the preschool they wanted their children to go to. Now, the preschool has great teachers and well above the numbers required to break even, and that was great to see. The other example is that I’m an archery instructor in Girl Scouts. The first time I worked on an archery range was last summer. I volunteered at a local day camp, and there were some girls who started off the week really frustrated because they couldn’t get the arrow anywhere on the target. By helping them throughout the week, I could see that they gained the confidence to improve and were really pleased with themselves. I really enjoyed doing something that satisfying. I think it’s the reward of seeing younger people build self-confidence and improve their circumstances through helping them out that makes me love volunteering.

Q: What would you say is your best experience with volunteering?
A: I went to Boy Scout camp with my son and his pack of young boys, and I really enjoyed getting to see them appreciate the outdoors and our country. Getting them out of their usual environment to do adventurous activities really helped build their life skills. I’m not always going to be able to take care of my kids, protect them, or do things the way they should be done for them, but I can equip them with the skills to do it. I would say my outdoor activities with scouts are some of my favorite experiences with volunteering. I also enjoy volunteering with my church. You see dedicated people who have great skills that they use to run a large organization and to better the world.

Q: Would you say you were always a leader while growing up?
A: It’s just never been enough for me to vote and tune out about the world around me. When I was in fifth grade, I was president of a club in my elementary school, and I ran for sixth and eighth grade class rep in middle school. I didn’t run for a lot in high school since I was focused on my academics, but I was valedictorian in my high school. I’ve held many student-elected offices, ones that aren’t really political. I think I’m more accustomed to the nonpolitical world. So I’d say leadership does come naturally to me, as I think it does to a lot of people, but just it might not be leadership in elected office. I give a shout out to the people who volunteer as leaders all over the community. Because it’s not an elected position, it’s never going to be in the newspaper, and even though they’re never going to get an award for it, they do it anyways.

Q: What are some awards you’ve received?
A: I was awarded a fellowship with the Claremont Institute for Statesmanship and Political Philosophy. It’s an organization that really works to educate future leaders on the principles of limited government and individual liberties and freedom. That was something I did when I was working as a senior legislative assistant to Congressman Sonny Bono in the late 1990s. That was a real honor because they only picked ten people out of all the applicants they had. They had applicants from all over the East Coast and around Washington D.C. It was terrific being awarded that two-year fellowship. It required a lot of reading and studying but it was good work that I enjoyed doing. More recently, I was nominated by a group of professional women as their most distinguished member as well as member of the year. In my law practice, I work with real estate. If a non-profit or small family business that I work with owns real estate, I help represent them so they can lease it out properly, treat their tenants well, and make good use of their property. It’s called commercial real estate. The organization I work with is a networking organization of women called CREW, Commercial Real Estate Women. I was just honored to be nominated by my peers for these awards. I would say these awards are two different spectrums, one is completely academic and leadership oriented and the other’s more professional service, and I enjoyed both of those.

Q: What advice do you have for kids and young leaders?
A: I think they should pursue leadership positions if they are at all interested in an area. They might think that they either aren’t good enough, experienced enough, or don’t know as much as someone else, but if you step up and try, you’ll be surprised that the many skills and talents you have can be put to good use. I just hope to motivate young people to be comfortable and confident doing that. 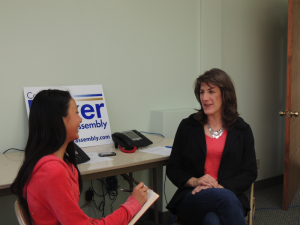 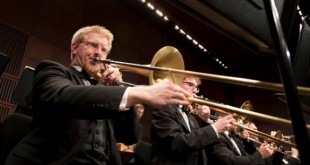 Matt Finders is a trombonist and former member of Jay Leno Band on Tonight Show. …