Home / Uncategorized / The Greatest Experience of my Life

The Greatest Experience of my Life

Jerry Xu May 12, 2014 Uncategorized Comments Off on The Greatest Experience of my Life 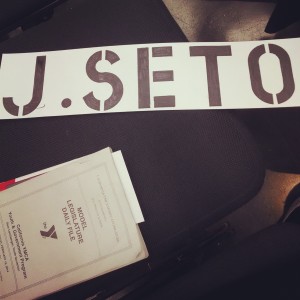 When I first heard of the Youth and Government program, I wasn’t very excited about doing it. The first thing I heard about it was, “you learn about government”. I had no prior interest in government so the description made me feel less motivated to do it. Also, it seemed to consume a lot of time because throughout the year there would be three conferences, two Training and Election conferences, and one main conference in Sacramento. At the time, my mom wanted me to try out programs and clubs similar to Youth and Government because it would look good in my college application. I didn’t want to join the program but my mom suggested that I should give it a chance, so I did.

On my first day, I recognized a few people whom I never talked to. I was surprised at how many people were from my school and never thought they would be here. The group, called a delegation, had already made a “delegation constitution” that outlined simple rules to follow during our meetings regarding snacks and the tardy policy.

For the next few weeks, I still didn’t feel excited about the program, until the first Training and Elections Conference. It was a conference held at Camp Roberts, a military base in San Luis Obispo, where we would explore the different program areas in Youth and Government. I still had no idea what to expect, but I went along with everything.

At the delegation meeting before the Training and Elections Conference, we went through a packing list and discussed what lodging conditions to expect. Returners from last year took turns sharing their experiences at the conference and most were about the horrible weather and living conditions which made me second think the trip. Also, I was still unfamiliar with a lot of the people. On the Saturday morning at 5am, we all met at the El Camino YMCA to depart. Still not knowing what to expect or the point of this program, I rode for four hours to Camp Roberts. 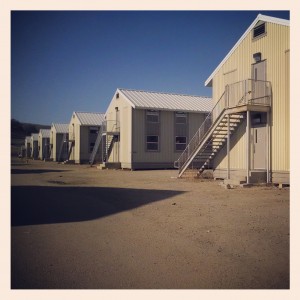 After getting settled down in our surprisingly clean barrack, we gathered with 3,000 other people in a huge stuffy tent for the first joint session. We listened to the Youth Governor and Secretary of State give speeches. After both of their speeches I was stunned by how well they spoke and how they kept me captivated even though it was stuffy and hot. I had no idea that people as young as I was could be such skilled public speakers.

After a two and a half hour drive, I got to Sacramento, and I was already excited about seeing the Sacramento Capital Building and going into the Assembly Chambers. I checked in to the crowded four star hotel, where there were already people walking around dressed in Sac-attire (nickname for formal business wear because it is required outside the hotel room throughout the whole conference) and it made me even more excited.

The next day was my first day as an official assembly member. I navigated through many doors and hallways to get to the California Assembly Chambers. When I walked in, it made me feel important. The ceilings were high with detailed crown molding and all the chairs were wide and comfy. All the time I spent in that room debating bills made me realize how passionate the youth of today could be about government, and how determined they were about making real change in California. Many of the speeches were intuitive, funny, or sad which made the whole process feel much more real.

This year spent in Youth and Government has made me more aware of California’s problems and people and made me feel more connected with people even within my own school. It truly is an experience that cannot be found anywhere else. No matter how passionate you are about government, you’ll find a way to fit in to this program.

Previous My Experience in Destination Imagination
Next The Future Representative for Our Community: Catharine Baker Interview

What to anticipate in a Totally free Antivirus Method

Luckily, there are several free antivirus security software programs to choose from. It’s your responsibility …