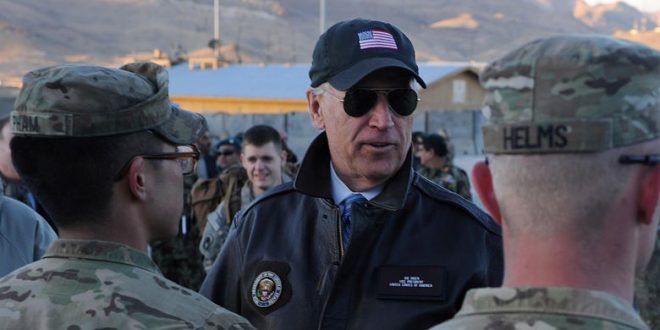 On Wednesday, President Joe Biden formally announced plans to end America’s military presence in Afghanistan by September, in a White House address heavy on symbolism and marking one of his first defining decisions as commander in chief.

The Biden administration had signaled earlier this week that the date of the complete withdrawal of all American troops would coincide with the 20th anniversary of the 2001 terrorist attacks, which have irreversibly shaped U.S. politics and foreign policy ever since.

According to Biden, “We went to Afghanistan because of a horrific attack that happened 20 years ago. That cannot explain why we should remain there in 2021.”

It also guarantees that the Biden administration will fail to meet the May 1 deadline set by the previous Trump administration, though Biden has said that the final drawdown would begin by then and warned adversaries not to interfere. “The Taliban should know that if they attack us as we draw down, we will defend ourselves and our partners with all the tools at our disposal,” Biden also stated.

The Taliban has largely refrained from attacking the around 3,500 American troops in Afghanistan since the Trump administration brokered an agreement with Taliban leaders in February of 2020.

NATO troops are also scheduled to withdraw from Afghanistan with their American allies during the same set time frame. “Our troops went into Afghanistan together, we have adjusted together, and now we are leaving together,” NATO stated in an official statement.

President Biden gave his address from the Treaty Room of the White House, the same location where then-President George W. Bush announced that the military had launched airstrikes effectively beginning the U.S. war in Afghanistan.

Biden said he spoke to Bush on Tuesday about the decision as a token of respect, though did not speak of whether or not Bush was supportive of the decision. Former President Barack Obama has publicly supported President Biden’s decision.