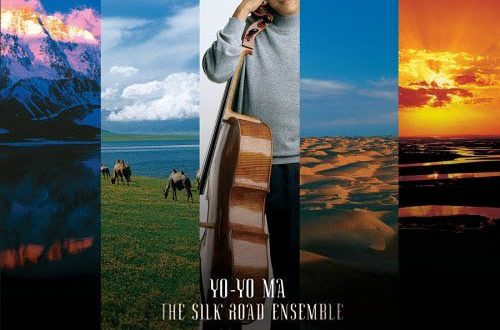 Just recently, renowned cellist Yo-Yo Ma was awarded his 18th Grammy award last week at the 59th Grammy Award ceremony. It was awarded to his new music album named “Sing Me Home” done in collaboration with the Silk Road Ensemble that he initiated in 1998.

Yo-Yo Ma, a Chinese who was born in Paris, and grew up in New York, doesn’t really belong to any country or territory but the world. He has the ability to accept widely differing cultures across the world. From the wide variety of his music, it is obvious that he is not just aiming to succeed in classical music; instead he has a more ambitious goal to use music as a way of crossing cultural boundaries. Based on his strong classical music background, he is trying to explore a wide variety of world music, while also adding some elements of his own to the music. As a result, inspired by the culture of the historical Silk Road, he created the Silkroad in 1998, a non-profit organization promoting multicultural artistic collaboration and exchange.

The newly Grammy awarded album “Sing Me Home” shows us Yo-Yo Ma along with his Silk Road Ensemble paying tribute to the rich cultural heritage of the Balkans, China, Galicia, India, Iran, Ireland, Japan, Mali people of Roma, Syria and the United States. It is clear from the album that Yo-Yo Ma has realized his ambition of cross cultural music.