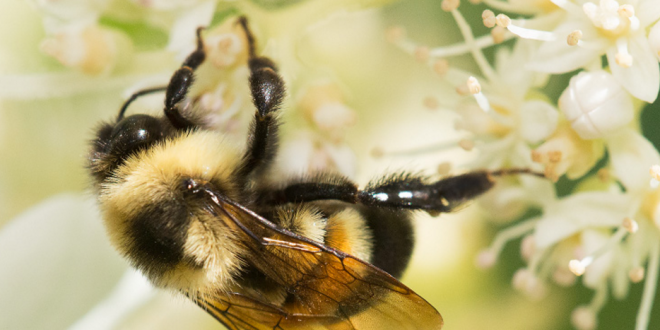 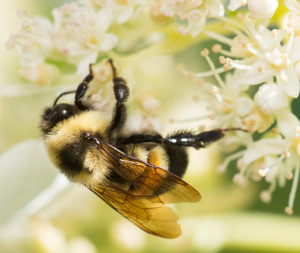 When people think of bees, they typically think about the annoying pest that leaves children crying and teens pretending they aren’t crying. Most people would be glad to just get rid of them. Now, this dream might actually become a reality. The U.S. Fish and Wildlife Service recently declared 7 species of yellow-bees in Hawaii to be endangered. Under the Endangered Species Act (ESA), species that are in danger of going extinct are protected under federal law. Currently there are 41,415 endangered species in the world, and that number grows each year. One-third of the world’s bee populations have disappeared. These bees are just some of the many species whose existence is threatened by the work of humans. The Hawaiian bees are primarily in danger due to habitat destruction caused by urbanization, competition for vital resources with the introduction of invasive species, global warming’s effect on crop seasons, and deadly chemicals in plant pesticides. Although the thought of bees going extinct may thrill picnic-goers, the bee endangerment is actually a dangerous phenomenon that must be reversed before it puts our entire world’s food supply and economy in danger.

Bees are a crucial part of the food chain. They are pollinators, which means that they move pollen and seeds between different flowers, which pollinates the flowers and enables them to grow. This includes both wild plants and crops that we eat. According to a UN report, 75% of all crops, worth tens of billions of dollars, depend on pollinators like bees to keep them growing healthily and productively. Without the bees, our food supplies decrease dramatically and with food shortages come economic shortages as well. The National Resources Defense Council predicts that the cost of bee extinction on our global economy would be up to 5.7 billion dollars a year. Without bees, there would be a much lower yield of crops and farmers and food companies would have to increase food prices.

Despite the foreboding nature of the bee predicament, many environmentalists are thrilled by this decision made by the U.S. Fish and WIldlife Service. Now that these species of bees are protected, bee-lovers hope that this will inspire change around the country. With this newfound awareness, many people are being educated on the value and benefits of bees in our society and more measures are being done to protect the bees now that they are officially endangered. By slightly changing farming practices, bee populations can flourish. Implementing crop rotation to allow bee habitats to exist year round and integrated pest management to use beneficial bugs to reduce pesticide use can greatly benefit the bees by restoring their habitats and reducing threats to their existence. Even regular people can help out! By planting bee-friendly plants, bees have more habitats and crops to pollinate, which keeps them alive and restores their habitats. To grow these plants, or other plants in your garden, avoid using chemicals or pesticides, which are dangerous to not only the bees, but yourself as well. The bees bring the pollen from the infected plants back with them to the hive, where they produce honey. These chemicals may be entering your body and harming you along with the bee populations. Visit Queen Of The Sun (http://www.queenofthesun.com/get-involved/10-things-you-can-do-to-help-bees/) for more ideas on how to help the bees repopulate and avoid extinction.

Cindy is senior at Henry M. Gunn High School and is incredibly honored to be a part of the Rising Star Magazine team. She enjoys belting out Disney songs, playing piano, watching Chinese dramas, and babysitting. Cindy serves as California DECA's VP of Silicon Valley and is also the singing teacher at FCSN and the President of HEARTS Nonprofit. She can be contacted at cindy@risingstarmagazine.com
Previous Teenage Depression
Next Yo-Yo Ma