Home / Tech/ Science / Windows 11: The Unexpected Unveiling of the Expected 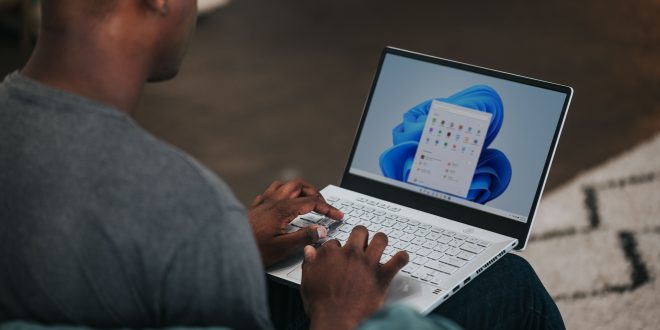 It is official, after 6 years of waiting, Microsoft finally brought us Windows 11 at its June 24 event. In short, the new operating system improved upon Windows 10’s aesthetics and also added features like the capability of running Android apps.

Many tech enthusiasts on Windows, including myself, have already gotten their hands on the insider build. One of the most noticeable changes of Windows 11 is the icons on the taskbar which are now centered rather than aligned to the left. Microsoft also brushed up File Explorer with modern characteristics. In addition, window corners are now rounded instead of rigid. Transitions, such as closing windows and split-screening, look smoother and more appealing to the eyes.

As for the support of running Android apps, Microsoft collaborated with Amazon and implemented its App store into the Windows 11 Store. Users could finally claim that the Microsoft store is becoming somewhat useful. Android apps that were once exclusive to mobile devices, such as Netflix, Disney Plus, and Tik Tok, are now readily downloadable.

Do not get too happy yet. A lot of Windows users, mostly custom PC owners, reported that their PCs are not eligible for the update. This is not due to weak specifications, but rather that their motherboards are missing a key component Windows 11 needs, called TPM, or Trusted Platform Module 2.0. To check whether your computer is compatible with Windows 11, download the PC Health Check App available on Microsoft.com.

The stable release of the successor to Windows 10 is expected to be out by November 2021. Right now, interested users with eligible devices could participate in the beta-testing program by going into Settings and clicking on “Windows Update.” However, keep in mind that beta users only have 10 days to revert back to Windows 10 after updating to the beta 11 version. So make sure that you know what time the last train to home leaves!

Previous Hundreds of Sudden Deaths Recorded During Canadian Heatwave
Next To Be Loved: On Relationships