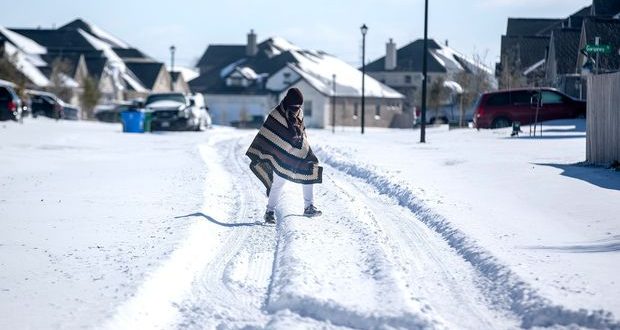 After a winter storm that settled in on the American Midwest around February 13th, many American households, particularly in Texas, lost power.

In widespread power outages caused by freezing temperatures, millions of Americans were without power, and some even lacking proper drinking water.

On Thursday, February 18th, Governor of Texas Greg Abbott spoke that all power generating plants in the state were back online but hundreds of thousands of homes remain without energy because of downed lines and other issues following the cold snap.

However, Texan leaders have warned that the state’s energy grid would remain extremely fragile until fully recovered.

As of Thursday, around 325,000 households in Texas are still without power, and more than 13 million Texans are experiencing interruptions in their water services. Those without proper water services have been instructed by officials to start boiling their water.

The Federal Emergency Management Agency (FEMA), said that the historically low temperatures were hindering COVID-19 vaccination efforts in the state, with more than 2,000 vaccine sites in areas without power. FEMA has also said it would aid the neighboring state of Oklahoma, which has also been severely affected.

Abbott has said that he has asked state legislators to push through laws mandating that all energy generation plants in Texas “winterize” in order to prevent widespread loss of power during future cold snaps.

Critics have raised questions about Abott’s leadership, criticizing him for the prolonged outages. Abbott has also lashed out at the Electric Reliability Council of Texas, or ERCOT, a cooperative responsible for around 90% of Texas’s energy grid, which Abbott claims told officials before the storm that the grid was prepared for cold weather.

U.S. Senator Ted Cruz has also been criticized for flying to the Mexican resort city of Cancun with his family during the crisis. After his travels were reported by the media, the Republican lawmaker cut his trip short and said he would return to Texas.