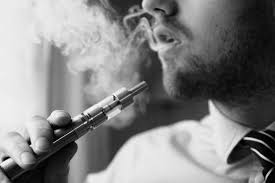 The use of e-cigarettes, or more commonly known as vaping, is becoming an increasingly popular recreation. About 2 million teenagers use e-cigarettes. E-cigarettes are relatively new to the market, so how has it become so popular?

Vaping is different from cigarettes in several ways. E-cigarettes are not smoked. Instead, nicotine and other chemicals are delivered to the body via vaporized liquids, hence the term “vape”. The vapor is odorless, but a wide variety of flavors can be added to the vapor such as cherry, lime, or methanol. The e-cigarette also comes in many forms. Users can choose from pens, cartridges, USBs, or the traditional cigarette shape. In addition, users can opt to vape liquids that are nicotine-free to get the flavor and not the drug. However, the vaping liquid still contains chemicals.

It is much easier to obtain and use e-cigarettes compared to regular ones. Since they are new to the market, there are not many laws that regulate the use of e-cigarettes. Currently, there is no age restriction for buying e-cigarettes unlike alcohol or tobacco. Also, vaping is odorless, allowing users to vape in public areas where smoking would be banned. Having said that, there is a push to crack down on vaping and pass more restrictions.

Another factor of the sudden popularity of vaping is advertisment. The health dangers of smoking tobacco products are emphasized in schools, media, and laws. As a result, tobacco companies are seeing a drop in sales within younger demographics. Vaping, however, is new and not yet well-researched, which gives vaping companies an advantage. They advertise the wide varieties of flavors and cartridges to attract customers and claim that vaping is much more healthy than smoking tobacco due to the lack of smoke, which is not proven to be true.

It is easy to forget that vape contains nicotine, an addictive drug also found in tobacco. Nicotine can cause mouth sores, dizziness, heartburn, dental problems, and more. Too much nicotine will cause poisoning, while nicotine withdrawal causes irritability, headaches, and anxiety. Other chemicals in vaping liquids are glycerin, acetone, ammonia, propylene glycol, and formaldehyde, a well-known carcinogen. In total, there are over a thousand of cancer causing chemicals in the vapor inhaled.

Despite the popularity and cult following vaping has picked up, it is not a healthy alternative to smoking tobacco. It may seem trendy to blow smoke rings and do vape tricks, but the health risks are not worth it. Be smart and see that vaping is drug abuse disguised as a safe habit.