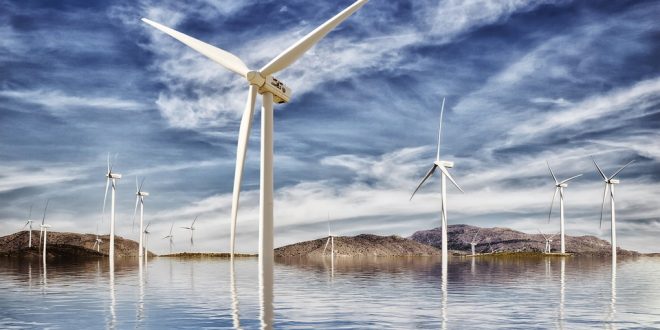 Britain had the goal of building enough offshore wind farms to generate enough electricity for every country in the country by 2030. However, RWE, a German electricity generation company, recently stated that outdated regulations are decreasing investment in offshore electricity production.

Additionally, RWE warned that the UK’s goal to produce so many wind farms will not be possible unless decades-old legislation is overturned to allow for faster investments. Tom Glover, RWE’s UK boss, recently expressed his doubts on the possibility of meeting the 40GW (Gigawatt) goal only through the onshore grid.

RWE is one of the biggest companies in the renewable energy sector. It plans to spend at most ⅓ of its budget in the UK. The problem, however, is that many of its projects have been delayed due to the inability to secure a grid connection for these projects in time to compete in the government’s contract auction rounds.

Glover then stated that he would like to see anticipatory investment in the onshore project to make these connections in time.

Ofgem (Office of Gas and Electricity Markets) is the UK’s energy and gas regulator. This means that since the cost of energy grid investments is mostly paid through energy bills, these factors are carefully considered by the company.

Glover said that if this ambitious project was settled 10 years ago, it would have been understandable if Ofgem and the energy system operator decided not to support it due to its high cost and high risk. However, currently, there is a clear government target of 40GW with an established plan to connect the north-west, the north-east, and the south-east of the energy grid.

Energy companies have argued that the regulation’s focus on energy bills has largely neglected the other economic benefits of renewable energies (lower-cost electricity and investments that would allow an economic recovery from COVID-19). For example, Scottish Power and National Grid argued that regulation must be relaxed to allow more investment: or the UK’s net-zero climate targets will be infeasible.