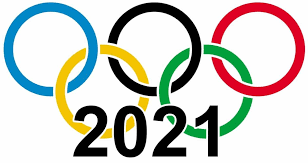 In April of 2020, the International Olympic Committee (IOC) postponed the 2020 Tokyo games to 2021 in order to safeguard the athletes and hundreds of thousands of people involved in the games from Covid-19. What are the ongoing effects of Covid-19 on the Olympics and the Olympians who compete?

The effects of moving the game by just one year are in some cases devastating. Take for example the 35-year-old Tetsuya, a fourth-place finisher in trampolining in the 2008 Olympics. He said that when he was younger he would have seen a postponement as another year to practice and perfect his skills. Now, at 35, he felt a year was too long to wait and has opted for retirement. For other athletes, there is a financial toll. American track and field competitor, Gwen Berry, had planned many international competitions to tune up and pay for her Olympics, but with travel bans, these were canceled and may not be rescheduled. She depends on money earned from these meets to support her during her training process. Like many others, she is an athletic “gig worker”, depending on her sport to feed, cloth, and train her.

On a national and international scale, enthusiasm for hosting the games has decreased. In Japan, which closed its borders to prevent Covid-19 from being imported, only 23% of the people surveyed support having the games in 2021 if Covid-19 is still rampant. Japan’s oldest active Olympian, Hiroshi Hoketsu, 79, is an equestrian and he does not believe that the games should be held in the shadow of the coronavirus.

Health experts suggest that it is unlikely that the pandemic will be under control by next year.  This puts the host country and the IOC in a very difficult position when hosting the world. The United States, currently one of the world leaders in Covid-19 cases, would be sending over 500 athletes plus additional staff and coaches. The logistics of housing, feeding, and quarantining these and thousands of other international athletes for weeks prior to the games is daunting. In addition, most athletes are “highly tuned instruments” and would need access to the training facilities prior to the games.  Options that are being considered include, quarantining in the contestant’s home country and arranging private aircraft, thus creating a “bubble” before the games. As we have seen with American professional sports teams, however, bubbles are not perfect solutions.

The Olympic organizers are preparing for all contingencies and have proposed over 50 measures to help the games proceed. These include reducing the number of people at the games, reorganizing the venues, and even having a virtual opening ceremony. With fewer spectators, however, come less revenue, so cost-cutting measures are also being examined. What is being called the “Tokyo Model” of the Olympics is expected to affect the Olympics during the pandemic and for years beyond. It is hoped that these planning measures and medical measures, such as treatments and effective vaccines will allow the games to move forward. The Tokyo organizing committee has said that if the games are called off in 2021, they will not be moved forward and will be canceled.

Previous Fighting for 10 Fast Fingers
Next Boeing 737 Max Cleared to fly in the U.S.