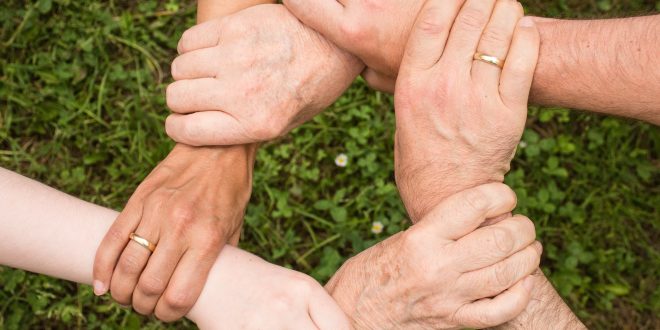 Sunlight streamed through the dusty windows above, reflecting off the shiny stone floor.

Up the crooked cement stairs, there was a group of women cooking over a hot fire. Children were running around the hems of their long skirts and dresses, dancing so effortlessly with the flames. Around me, there were a few other teenagers from my taekwondo studio, as well as families from the church we were visiting in Quetzaltenango, Guatemala. Although the outside of the building looked dirty and run down, the inside was bustling with activity and noise. My hands rested on the bright red pew I was sitting on, as I looked off to the side, attentively observing a young man from Virginia as he told stories to the young Guatemalan kids.

Cole tapped my shoulder, and my head snapped back to him, his face barely in focus against the colorful storm of dresses, children, and smiles flashing behind him. We started talking about everything we could think of, from what we wanted to be when we grow up to our insane family members. Some of the kids who we had taught taekwondo to earlier came up to us with small styrofoam cups, filled to the brim with the sweet, sticky, rice milk they were drinking. I sipped it appreciatively as Cole and I continued to chat until Sandy came rushing towards us, looking more uneasy than we had ever seen the lively mom.

“We need you guys to help in the clinic,” she blurted out as she pulled us off of the pew. I left my cup it where it had been sitting on the colorful bench. “Just letting you know, it has been getting pretty gruesome in there; a lot of kids crying, and mostly teeth extractions.”

Cole and I caught each other’s eyes for a moment and shared a look. For me, it was an ‘Oh no, this might be the day I die’ look, but his eyes were lit up and his glance showed how excited he was. Just a few minutes prior he was telling me how he wanted to become a doctor when he grows up. However nervous I was about seeing blood and having to hear the noises of metal on teeth, I left that all in the doorway as Sandy led us through the church. We walked through an aqua colored hallway and a large yellow room where there were people setting up the table for lunch. We ended up in a cramped fuschia room with an adult laying on the cushioned table in the center of the space, the pastor and dentist huddled around him as Nyla calmly watched from the side.

Sandy explained what was going on, gave each of us a task, and left the room, leaving Nyla, Cole, and I alone with the dentist, and the adult still laying there. To calm my nerves, I took a deep breath filling my head with the aroma of antiseptic, chicken, and wood mixed together. Not quite the sterile smell of a normal dentist office which I appreciated. I stood near the door, scrubbing all of the metal tools with the disinfecting liquid, handing the tools to the dentist when she needed them, and taking the dirty ones. Cole was in front of me with the needles with anesthesia, filling them up and throwing away the used capsule of medicine. Nyla stood next to the table, giving gauze to the dentist when needed, and applying numbing gel to the long cotton swabs. I could feel myself becoming apprehensive as more and more people came in. My eyes were fixated on my shaky hands as I held the small scrubber. Every time I glanced up, my hands were trembling and my heart rate continued to increase, seeing the long needles piercing into people’s gums.

People continued to flow in and out of the room, sometimes with a friend or adult to watch from the doorway. It was harder when the young patients came in. They would act tough when they first came in and their friends were watching, but as soon as the needle went towards their mouth, their confidence began to fade. Their eyes would widen, then their chests started to rise and fall faster, then their hands and feet would begin to tremble.

I understand. I’d be afraid if I was sitting there. As I looked down and continued to scrub the miniature mirror on a stick, I realized, I am afraid, and I’m not even sitting there. I looked up at the girl who was sitting in a chair and saw all the muscles in her body clenched.

I am so afraid. Of being in this room. Of seeing these people in pain. But I convinced myself that it’s okay. They will be better later, so it’s okay.

It’s okay, I continued to tell myself.

The last boy walked into the room, looking all giddy and smiley, but as soon as he saw a needle, his attitude changed. His mother picked him up and he was sobbing into her shoulder before they even laid him down on the table. The doctor and his mom tried to calm him down, telling him that it wouldn’t hurt too much and that it will be better later, but nothing could console the young boy. Sandy came back into the room again and told us that he was having four teeth pulled. As they began getting to work, I didn’t know what to do, so I took the tools out of the disinfecting liquid and dried them, placing them back on a towel near the dentist. Every time the boy behind me shrieked, my entire body recoiled. But when this happened, his mom would whisper in his ear, give him a hug, and he would stop just long enough for the next tooth to come out. Sandy called me over to the chair to hold down the boy’s legs so he didn’t kick the dentist, and soon there were eight of us huddled around him. Near the boy’s head were the dentist, his mom, the pastor, then holding down his arms and torso were Sandy, Nyla, and Andrew, another teenage volunteer. Standing at his feet were Cole and I, struggling to keep his legs planted on the table.

My stomach lurched as a loud pop came from metal scraping against a tooth. It became harder and harder to hold the boy still, but as he wept and tried to sit up, his mom took his head in her hands and whispered something, then brought him closer to her chest. He was obedient, and every time that she hugged him, he laid back down, hot tears of pain streaming down his face. Slowly but surely, they were able to take out three of the teeth. After that, he couldn’t take it anymore and his mom picked him up from the table, patting his back and wiping the tears from his eyes. And without hesitation, she laid him back down to get out the last tooth.

During the furious struggle, I focused on the little boy’s shoes. Dusty navy blue crocs with one Lightning McQueen on each shoe. The red backs of the shoes were cracked, allowing even more dirt to sit in the crevices. My eyes were still focused in on the shoes as they flew off of his feet with one last kick that Cole and I weren’t expecting. All at once we were done. I stood still with my mind trying to comprehend what happened as the mom and her child left, as the dentist started cleaning up, and people started leaving. When I finally returned to reality, it was just Cole, the dentist and I. There were small metal tools all over the table, so I dried all of them off and put them away into some bins. My body floated around the room doing mindless tasks, while the wheels in my brain turned fast to figure out what had just transpired, not yet coming up with anything. Sandy told me to go get some lunch, so I stumbled out of the small makeshift dentist office.

Out in the large yellow room, an amiable lady handed me a plate of food, and I found a place to sit at the long table everyone was eating at. My fork somehow made it to my mouth for each bite, and I ate without thinking about it. I couldn’t think anymore. At least not about anything but that boy. My expression may have been blank, but my mind was anything but clear.

Two days later and I’m sitting on a window seat of a plane, watching the sunrise as the rest of the passengers board the plane. There are blues, reds, and yellows mixing together like the best of Bob Ross. Blue, red, and yellow. Just like the little boy’s shoes. He is okay, probably still smiling despite not having all his teeth. And his mom is still there for him. She led him through the dentist office just like she will continue to guide him through life. She is his support system who gets him through the hard things just with the comfort of her words, touch, and love.

And I have mine. Always. Forever. I have my family and friends, and as long as I continue to trust them, they will get me through hard times. And just maybe I will go through those hard time in some stylish blue crocs.

On the plane, I’m sitting next to Cole and Lynn. Two more people I can always rely on. Through this mission, we became closer, and I only would have been able to do this with the opportunity that is Taekwondo. The skills I have acquired, the memories that I made, the people I learned to love; all of these lessons will continue to help me grow and thrive. A black belt no longer means Oh yeah, I broke a brick and ran a 10k anymore. It means that I have seven years worth of friends and mentors who have become my family and I am so beyond thankful for that.

My thoughts float back to the dentist office, but the memories are no longer of me being afraid. They are now an example of unconditional love and support that I am lucky enough to have. I’m thinking about those crocs as I slowly drift off to sleep.

Why Spirited Away is My Favorite Movie

What to do in Quarantine when you’re Bored

By: Elsa Yang As someone who visits China every Summer, I have tried a lot …