Home / Lifestyle / The Rise of eSports 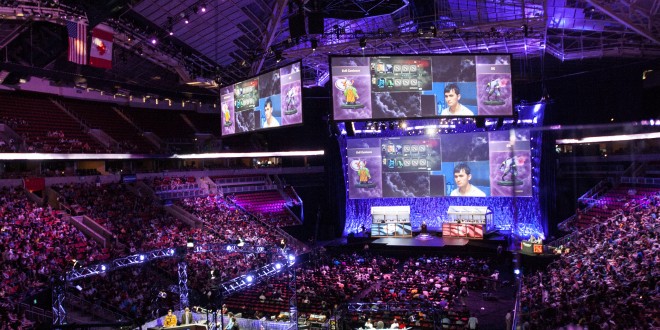 The Rise of eSports

In the past, video games weren’t commonly associated with competitions. Competitions had existed in the 2000s, but they were mostly between amateurs and casual players. Over the past five years, however, a surge in the popularity of competitive gaming has resulted in the proliferation of professional competitions and massive viewership. Games such as League of Legends, Dota 2, Starcraft, and Counter Strike are all various games that feature tournaments with large prize pools and massive amounts of spectators. Online streaming websites such as twitch.tv also facilitate the growing popularity of these tournaments. With prize pools of over a million dollars, these games attract professional players from all over the world.

Although competitive eSports seems like a good way for young, fervent players to get money, it still remains volatile in terms of a career. Most players don’t stay in the scene for long as their skills taper and they get replaced by new players. A few players will be able to find other sources of revenue, such as online streaming and selling goods, but most people find themselves without a team shortly after their entrance in the eSports world.