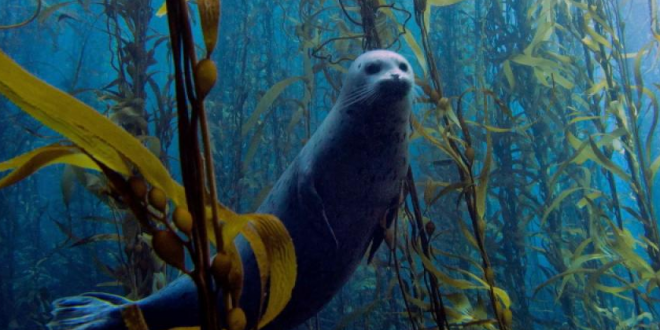 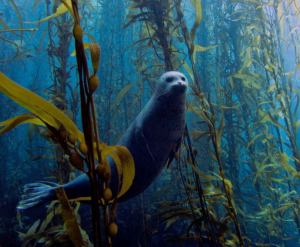 Spotted and shy, these long and heavy seals are part of the phocidae (pronounced foe-si-dee or foe-si-die) family, a large group of seals that have holes in their heads in replacement for ears, like chickens. Except harbor seals don’t go ‘cluck cluck!’, like chickens do.

Much of the world’s population of seals are part of the phocidae family. Only a little percentage of it is the otariidae (pronounced owe-tue-raw-i-die or owe-tue-raw-i-dee) family, or called the eared seals.

Most people recognize seals to be a master of tricks, like balancing balls on their noses, but sadly, not all seals can perform these tricks. For example, harbor seals, harp seals, leopard seals, elephant seals, and many other seals can’t perform tricks easily. The only seal breed that is often used for tricks are the California sea lion, which can learn and master about any trick.

Fully grown harbor seals eat crustaceans, molluscs, squid, and a variety of fish such as salmon, herring, rockfish, hake, sand lance, and flounder. Young pups feed on their mother’s milk. They can even cling onto their mothers at nursing time backwards in the water!

Have you heard about how seals eat other seals? Only leopard seals do, however. That’s why leopard seals are known as the most fierce seals of all time, though most of them can be very nice to humans.

Seals and sea lions are gorgeous creatures who should not be in our captivity. They are extremely shy animals, so it’s not fair to make them learn tricks and be surrounded by humans all the time. But have you ever thought about how wrong it is for people to force other creatures out of their comfort zone?

Cindy is senior at Henry M. Gunn High School and is incredibly honored to be a part of the Rising Star Magazine team. She enjoys belting out Disney songs, playing piano, watching Chinese dramas, and babysitting. Cindy serves as California DECA's VP of Silicon Valley and is also the singing teacher at FCSN and the President of HEARTS Nonprofit. She can be contacted at cindy@risingstarmagazine.com
Previous Flu Shots
Next The Rise of eSports