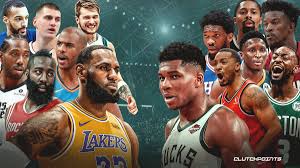 The NBA Resumes the Season

On June 2nd, 2020, the NBA board of governors voted on a 22 team plan to resume the 2020 professional basketball season, which had been abruptly suspended on March 11th due to covid-19. They approved a 22-team format to restart the season in the summer in which games would be played at Walt Disney World in Orlando, Florida, according to multiple reports. The plan was approved Thursday with a 29-1 vote, according to ESPN. The Portland Trailblazers were the lone team to vote against the format, The Athletic reported. The top eight teams in each conference will be invited to Disney World as well as the Trail Blazers, Phoenix Suns, Sacramento Kings, San Antonio Spurs, and the Washington Wizards (who were not in the playoffs). The league’s training camp period would start June 30 and the teams would fly to Orlando on July 7, according to The Athletic. The league would tip-off again on July 31 and a Game 7 of a potential NBA Finals series would be on Oct. 12. The NBA Draft and free agency would begin soon after, ESPN reported. Each team would play eight regular-season games before the playoffs would start.

There will be some changes to how the rest of the season is formatted. For the remainder of the season, each of the 22 teams will be playing eight games, but there will be no fans in attendance. Also, the league is giving the ninth seed (Washington Wizards from eastern conference and Portland Trailblazers from Western Conference), a chance to make it into the playoffs. In order to do this, the ninth seed will have to beat the eighth seed twice in a row. The playoffs will be played as usual with Game 7 most likely being on October 7th, according to New York Times.

Major League Baseball is still in negotiations with the players union to bring players back to the field. If they begin an abbreviated season, they will be competing with the NBA for the eyes and ears of fans this summer.  This may not matter with so much pent up demand for sports, coming out “non-sports” season of the pandemic shutdown.

Previous Ordering Takeout: Safe or Not?
Next Facebook Ad Boycott Continues as the Company Fails to Monitor Hate Speech