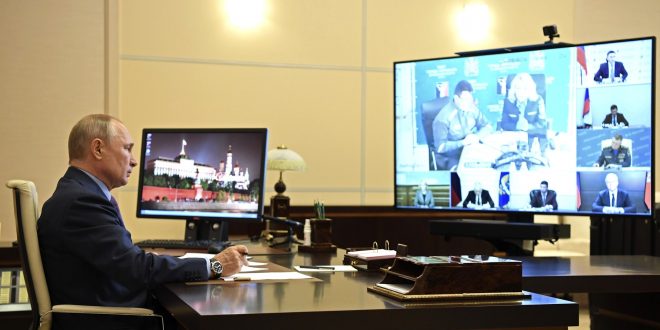 Last Friday, more than 20,000 tons of diesel were spilled in the Ambarnaya River in Siberia, turning it crimson red as it headed to the ocean.

Due to its potentially harmful effects on the native wildlife and biodiversity, president Vladimir Putin declared a state of emergency in Moscow.

The accident happened when a fuel tank collapsed in a power plant. The company that owns the plant, Norilsk Nickel, stated that the thawing of permafrost, which should be permanently frozen, caused one of the tank pillars to collapse. This incident released the diesel, which traveled more than 7 miles from the site.

Aleksei Knizhnikov, who is part of WWF Russia, said in a statement that this is one of the worst oil spills in modern Russia. Additionally, Greenpeace Russia compared the incident with the Exxon Valdez oil spill in Alaska, 1989.

Vyacheslav Starostin, who was the plant manager, was detained by the Russian Investigative Committee.

President Putin was extremely frustrated after he learned about the oil spill on Sunday. He then denounced the company officials in a live video conference after declaring the state of emergency on Wednesday.

Norilsk Nickel is the biggest producer of platinum and nickel in the world. It has experienced multiple environmental disasters in the past, For example, a “blood river” in Siberia in 2016 and a plant that released so much sulfur dioxide, which is a major component for (sulfuric) acid rain, that a dead zone of dead tree trunks and mud, which was 2 times the size of Rhode Island, formed around it.

The company, with the help of the Russian Emergency Situations Ministry, gathered hundreds of personnel to clean the oil spill, but as of now, they have only cleaned 340 tons.

To prevent the oil from traveling to the Pyasino Lake and the Kara Sea, the company installed special containment booms.

On Thursday, Elena Panova, Russian deputy minister of natural resources and the environment, said that the ecosystem would take at least 10 years to recover from the disaster.

Previous Disadvantages of Overnight Leftovers
Next Ordering Takeout: Safe or Not?