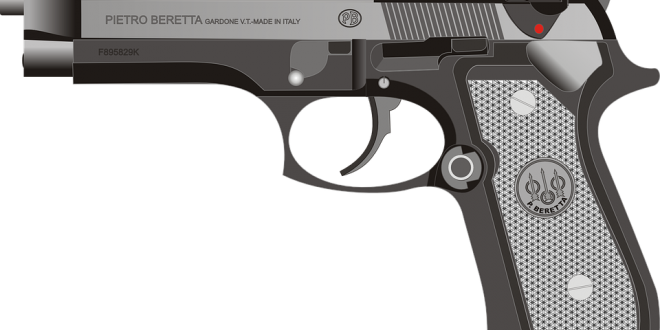 After the tragic incident that occurred in Parkland, Florida, many people, as well as the federal government, reignited the gun control debate.

There are many pros and cons for tighter gun control. One point that supports more stringent gun control is that with stricter gun control laws, the number of gun-related fatalities would decrease. According to a recent study published by ProCon.org in 2016, “implementing federal universal background checks could reduce firearm deaths by a projected 56.9%; background checks for ammunition purchases could reduce deaths by a projected 80.7%; and gun identification requirements could reduce deaths by a projected 82.5%.” There are also studies that support that guns are rarely used for self-defense. Instead, guns are much more commonly used for suicides and homicides. Having tighter control of guns can help build a much more peaceful society with fewer gun shot tragedies and an overall safer environment.

On the other hand, there are other studies suggesting that gun control laws do not deter crime. A study found that “assault weapons bans did not significantly affect murder rates at the state level, and that those states with restrictions on the carrying of concealed weapons had higher gun-related murders” (ProsCon.org).  In many other countries where guns are banned, stabbings increased and the usage of other non-gun weapons increased accordingly. Along with this, gun control laws will not prevent criminals from obtaining guns from illegal providers. From a research done on mass shooting incidents that occured in the U.S., out of the “143 guns [that] were possessed by the killers [only] about 75% [were] obtained legally” (ProsCon.org). Criminals will still be able to get their guns illegally, so severely restricting or banning guns won’t have as much of an effect as people perceive. Along with this, if people agree with the government to ban guns, people would feel that the government is revoking their individual right to bear arms, which was granted by the Second Amendment.

Because of this hard balance between the benefits and costs of gun control, the government doesn’t seem to be able to make any decisions and execute. Currently, many assault weapon bans and stricter background checks have been turned down, along with a proposal to arm teachers. Let us pray that the 17 children that died in Florida didn’t die in vain.

Previous Zapped
Next What’s Happening to the U.S. Postal Service?