Home / Global Environment / The Aeroponics System and How it Works 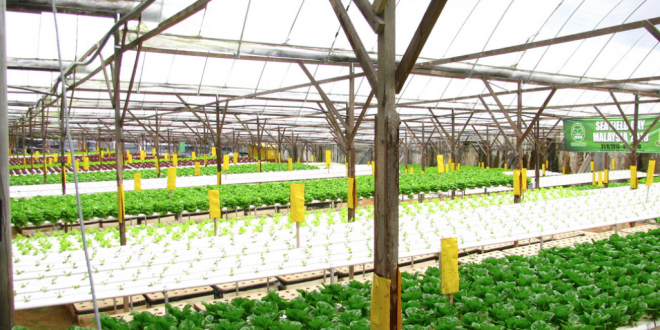 The Aeroponics System and How it Works

In the modern era, as the human population increases exponentially, we must find a way to achieve a method to sustain the human population without destroying the Earth. Currently, over 30 percent of the world’s land area is used for agricultural purposes, while nearly 70 percent of the Earth’s freshwater is dedicated to agricultural usage, both of which will undoubtedly grow as our population increases. As an alternative to traditional forms of farming, people have tried new ways to grow plants in more efficient manners to reduce the overall land and water needed to grow and produce food for humanity.

One of the most prominent forms of modern farming is known as hydroponics, or the growing of plants without the use of soil. The process of growing plants through hydroponics involves exposing plants to water filled with nutrients through a growing medium. A hydroponics system relies on water being in contact with the roots of a plant, providing it a more direct source of nutrients and water. Meanwhile, the water can be constantly recycled through the hydroponics system. This results in plants that can grown with more than ten times less water than traditionally grown crops, while producing more than ten times the crop yield. Because of this, hydroponics is becoming more prevalent in the farming industry, even being used in households and community gardens.

A subset of hydroponics, aeroponics is a system that provides nutrient-rich water mist to the roots of plants to grow said plants. This process not only minimizes water usage, but also area, as plants can be grown vertically and at an angle. Unlike hydroponics or traditional methods, all of the nutrient-filled water is sprayed directly onto the roots of plants, rather than a growing medium, which maximizes both water and nutrient absorption. Aerated droplets are also easier for plant roots to absorb, so the mist is better for the plants than watering methods. Any water not absorbed returns to the reservoir and is recycled, saving even more water. Because of the efficiency of mist to provide nutrients and water to the plants, aeroponics cultivates a higher yield compared to conventional field growing. In fact, with medicinal plants such as burdock and echinacea, the root yield was 1000% and 140% greater respectively. Aeroponics can reduce water usage by 98%, compared to 90% for hydroponics. Additionally, an aeroponic system produces an 80% increase in dry weight biomass per square meter, as compared to medium-based growing techniques (including hydroponics).

Previous Alpacas Cure Cancer
Next How to Properly Deadlift