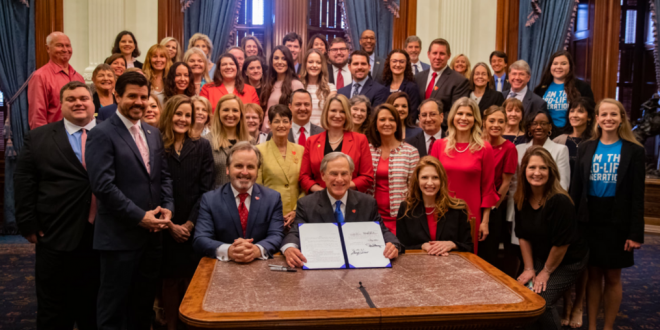 With a failure to stop the bill by the Supreme Court in a 5-4 vote, a new law regulating abortions, dubbed the “heartbeat bill”, went into effect in Texas that bans abortions after six weeks of pregnancy, which is in many cases too soon to tell if a woman is pregnant.

The new law allows private citizens to directly sue abortion providers and anyone else abetting a woman to get an abortion, even those that provide a ride to a clinic or financial assistance. Private citizens that file suits against abortion providers do not need to show any connection with the people they are suing. Opponents of the new law have dubbed it “bounty hunting”.

The law does not allow for abortions even in cases of rape or incest and bans abortion as soon as cardiac activity of the baby can be detected, around 6 weeks into pregnancy, which is very soon. Other states have tried to pass similar bills in the past, but those laws have been challenged by abortion-rights groups and blocked by federal courts time and time again.

However, with this bill in Texas, many groups that are anti-abortion-rights have pushed for the law, causing it to be harder for federal courts to block it. Additionally, instead of requiring government authorities to enforce this law, this law utilizes who can individuals file civil lawsuits against abortion providers or anyone else found to “aid or abet” illegal abortions.

Any individual that successfully sues an abortion provider who is convicted guilty under this law or aiding or abetting illegal abortions could be awarded $10,000 or even more, and their legal expenses will be paid. To prepare, Texas Right to Life, an anti-abortion group operating in Texas, has set up what it calls a “whistleblower” website that allows people to post anonymous tips about others that they believe may be violating the abortion law.

With the Supreme Court failing to block the new law in Texas, it is very likely that other conservative states will follow suit with the example of Texas and attempt to set up similar laws. Many court battles are ongoing in state courts in Texas regarding the law, including several lawsuits that target anti-abortion-rights groups such as Texas Right to Life. Many abortion-rights groups are also organizing demonstrations in protest of the law.

A spokeswoman for Texas Right to Life has stated that they are currently not planning on suing abortion providers, and many abortion providers and doctors in Texas say that they will comply with the new law for as long as it is in place, accepting the blow to their business, while other clinics are simply deciding to move out of state.