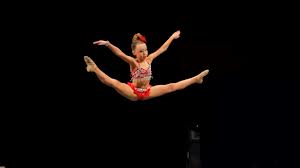 Sophia Lucia is an incredible famous dancer who is my inspiration. She is really amazing and phenomenal at dancing, and I hope to be just as good as her in the future.

Sophia Maria Lucia is ten years old and dances at San Diego Dance Centre. Introduced to dance by her cousin Kristen Hibbs who is now the owner of San Diego Dance Centre, Sophia Lucia has been dancing since she was only two years old and competing ever since she was three. Even though she is an extraordinary dancer, she has to practice to stay at the top of her game, so she approximately dances twenty-five to thirty-five hours per week. She is in sixth grade and is homeschooled. Sophia Lucia has appeared on numerous television shows such as Dancing with the Stars, America’s Got Talent, Shake It Up, The Ellen DeGeneres Show, and So You Think You Can Dance: Ukraine. She has also been in two Old Navy commercials and a Party City commercial and has been featured in Fox Legacy’s Shirley Temple.Sophia Lucia has done modeling for discount dance supply, and she has collaborated with California Kisses to release her own line of dancewear.

Sophia Lucia is really great at dancing. She has appeared on the hit reality show Dance Moms before! She currently holds the world record for the most consecutive pirouettes, or turns, in passé wearing tap shoes! Sophia Lucia was filmed on March 30th, 2013 performing 55 turns in a row! She has been given a certificate from the Guinness Book of World Records for surpassing the previous amount. I want to keep working and tryeven to break her record someday. I think if I try my best, I can also be as great as Sophia Lucia if I keep on believing in myself. Sophia Lucia has been a very big reason I work so hard and put all of my effort into dance. I know that if she can make it so far and achieve so much, I can accomplish that much, too. I will strive to do 56 turns and break her world record. It is my dream and goal because Sophia Lucia is a motivational character and I really look up to her.

Sophia Lucia is extremely flexible, which is a very important skill for dancers to have. She can put her leg behind her head and bend it to a 90 degree angle! She is so talented and wasn’t even naturally born flexible, like most people who possess this impressive amount of flexibility. She had to persevere and work really hard to acquire this ability, and she has made me realize that if I try my best too, I can also achieve my goals just as she did. I think Sophia Lucia’s success makes her an excellent role model, not only for dancers but for any other people who are unsure of their hopes and dreams. Her accomplishments show that you can do anything you want if you set your mind and heart to it.

Sophia Lucia is an unbelievable young girl who sets an example for others. Her story shows that you can achieve what you want, as long as you devote yourself and focus on your goal.