Home / Sports / School Projects: Are They Worth It? 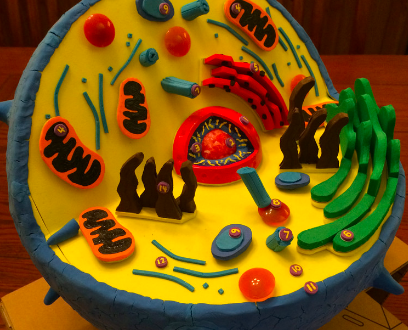 School Projects: Are They Worth It?

Every student has stayed up until 2am finishing a project due the next day. Most likely, it was  one that they should have worked on earlier but either didn’t have enough time for or procrastinated on until it was too late. The frantic rush to find supplies, the dreary, drooping eyes as you stumble to bed, the relief as you finally turn it in–you can say it’s all part of the high school experience. There are certain projects that, indeed, have almost become staples of the school experience, such as the biology cell model project, the fourth grade mission project, and the dozens of book reports. But do these projects actually teach you anything?

Let’s start with the fourth grade California mission project, perhaps the most commonly known middle grade project in the state. The assignment usually is to visit a nearby mission and build a model of your chosen mission. When I was a fourth grader, I remember my class’ presentation of our project–the models were made of every material, from uncooked pasta to marshmallows to playdough. It had taken me most of my weekend, along with a lot of help from my mom, to make a model fit to be seen, and I was proud to present my finished product and enjoyed seeing what my friends had done. However, building a model mission didn’t teach me about life in early California missions, namely the interactions between the Spanish colonists and Native Americans, the forced conversion of Native Americans to Catholicism, or the day-to-day life of the people at the missions. Instead, it taught me how to stick uncooked fettuccine to cardboard using elmer’s glue, how to make tiny roses out of pink tissue paper, and how to painstakingly paint rough styrofoam walls peach.

Perhaps a more successful school project was the biology cell project. This also involved constructing a model. The instructions were to make a three dimensional model of a cell using either durable or edible materials. Not being much of a baker, I decided to go with the former. This project was certainly time consuming and at the time felt like busywork. I stayed up until 1am finishing the final touches and fell asleep exhausted, breathing in the smell of wet paint. But later that week, when I sat down to take my cells test in biology class and looked down at the blank diagram of the parts of a cell, I was realized the value of the time I had spent constructing; I knew every part of the cell thanks to the hours I spent designing and placing every little organelle on my cell model.

Of course, depending on learning styles, different people might get more out of different projects –it’s difficult to find an assignment that’s pleases everybody. Some people would love to draw a famous literary character while others might shudder at the thought of picking up a coloring pencil and prefer to type up a 1000 word essay instead. A project is only worth as much as you learn from it.